The legal case between Russian chemical company Uralkali and the Force India administrators is set to go to trial in late 2020.

Last summer Uralkali, led by Dmitry Mazepin, was one of the failed bidders who attempted to buy the struggling Force India team from administrators FRP Advisory LLP.

Mazepin’s son Nikita was a Force India test driver from 2016-18 before joining Mercedes this season for a private test programme alongside his Formula 2 drive with ART Grand Prix.

Uralkali believes that it made a substantially higher bid than the consortium led by Lawrence Stroll, who won the race to buy the team as a going concern – but who subsequently saved it by acquiring the assets and setting up a new company to run the renamed Racing Point operation.

Uralkali began the action against Geoff Rowley and Jason Baker of FRP Advisory last September. The timing of a trial was agreed on Wednesday in a case management conference, an early procedural step.

In a statement, Uralkali said: “During this hearing the court considered case management issues and settled the timetable for further steps up to trial, which was scheduled to take place between October and December 2020.

“Prior to trial, the parties to the proceedings will be required to disclose certain correspondence and other documents relating to the bidding process, and will exchange witness evidence in April 2020.

“Earlier in December 2018, two US district courts decided to compel members of the Racing Point consortium residing in [the] US to provide documents and testimony, which may assist in support of Uralkali’s claim in the High Court in London.”

FRP Advisory remains adamant that it did nothing incorrect. In a statement given to Motorsport.com, it noted: “We fulfilled our statutory duties as administrators throughout this process and ultimately achieved a very successful outcome for all stakeholders. We remain fully confident that this baseless legal action will be dismissed.”

Uralkali says its case is based upon three areas of concern, namely “failure by the administrators to determine the highest bid in the process – from Uralkali – as successful,” “misrepresentations and lack of transparency in the process run by the administrators,” and a “flawed sales process which failed to achieve the maximisation of sale proceeds for creditors, shareholders and other stakeholders.”

Uralkali added that it made “an extremely generous offer to acquire the company's business, assets and goodwill, which included a cash consideration of between £101.5m and £122m, depending on the specific structure of other bids.”

It continues: “Despite Uralkali’s generous offer, which we believe was the best bid on the table, the administrators chose to enter into an exclusivity arrangement with a lower bidder and subsequently refused to re-engage with Uralkali or any other bidders.

“Due to Uralkali’s concerns as to the bidding process, Uralkali had no option but to launch these proceedings and seek substantial damages. Uralkali intends to continue vigorous pursuit of its claims against the administrator in the High Court in London.”

The wider significance of a higher bid is that in theory it could have made more funds available to pay interested parties such as the Indian banks, who had a claim on the assets of former Force India owner Vijay Mallya.

Uralkali noted: “The company estimates that, after repayment of all valid claims of creditors and administrator’s costs (based on information from the administrators) its proposal would have resulted in more than £40 million being available to Force India`s shareholders (ie Orange India Holdings Sarl) and, consequently, further used as a source of repayment of any stakeholder claims.” 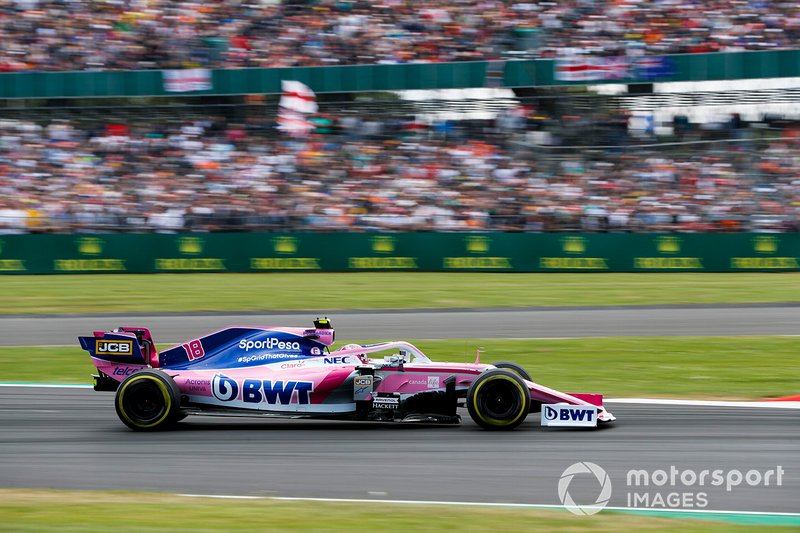 Ferrari knows it must react to increasing Red Bull threat