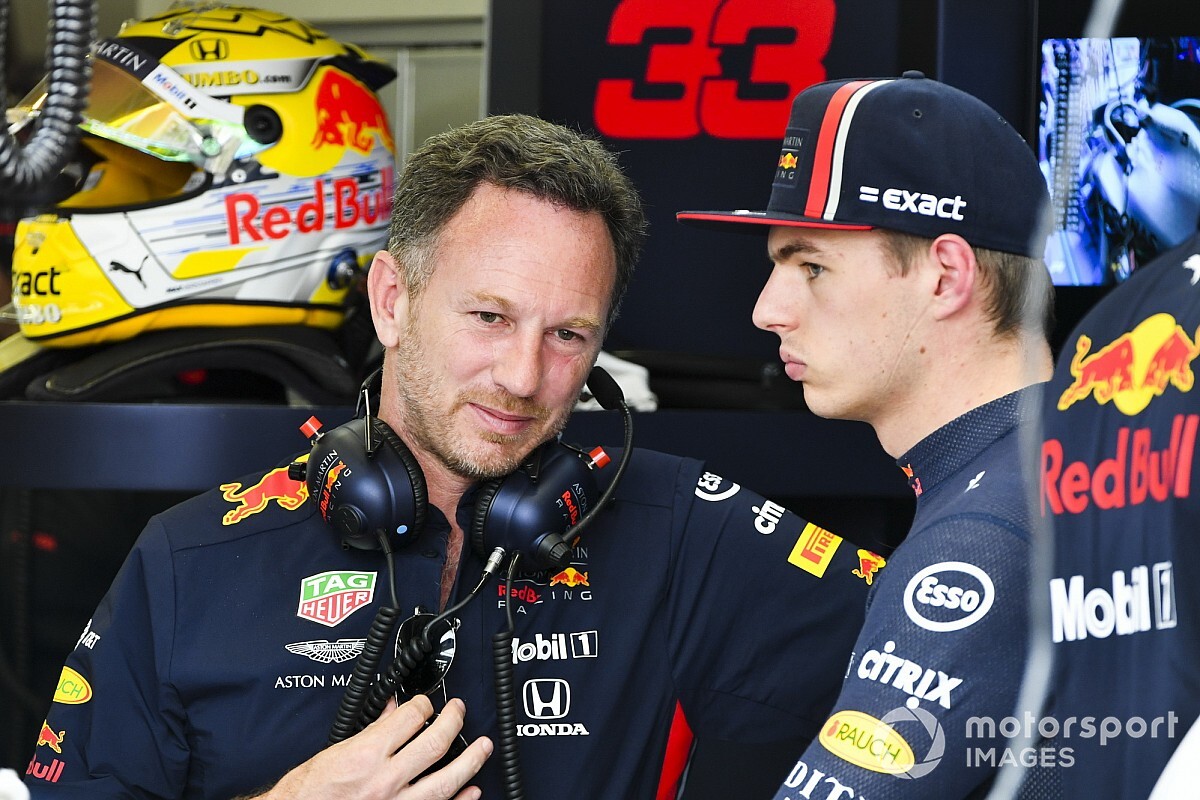 Red Bull Formula 1 boss Christian Horner believes Max Verstappen's future will not be dictated by contract clauses because his driver "genuinely believes" in the team's project with Honda.

Verstappen has a contract with Red Bull that runs to the end of 2020 but a swathe of speculation has emerged over recent weeks suggesting a performance clause could allow him to leave after this year.

The 21-year-old won the most recent grand prix in Austria, lifting him to third in the championship as Red Bull and Honda claimed a win together after just nine races to end Mercedes' 100% winning start to the season.

Horner has acknowledged there is "an awful lot of speculation about Max's contract" and effectively confirmed some kind of performance clause exists, but said that is standard practice at all leading teams.

"The win in Austria doesn't change anything as far as we're concerned. And beyond contracts, if you're holding a driver just because of a piece of paper, that isn't the right relationship to have.

"Max genuinely believes in the project we have and the skillset we have in the team and the Honda progress and development. And he very much buys into that, irrelevant of any piece of paper.

"He enjoys being in the team and he believes in its potential."

Red Bull would be second in the constructors' championship if Pierre Gasly was returning at the same rate as Mercedes' and Ferrari's second-placed drivers, but while Valtteri Bottas and Charles Leclerc have around 85% of their teammates' points, Gasly has just 34% of Verstappen's tally.

Verstappen has now won in each of his four seasons with Red Bull, and when asked by Motorsport.com how important it was to keep a driver who will not settle for sniping for the odd win, Horner said: "Max is a big asset for us. We've got to deliver him a car he can compete for the world championship with.

"Now, 2019 was always going to be a transitionary year with a new engine partner, and that whole marriage and integration. At the moment that has exceeded internal expectations.

"By race nine we've achieved a win, we've had a couple of podiums, we should have been second in Monaco. Max has delivered above and beyond in some of his driving.

"He's at a stage now in his fifth year of F1 racing where you see is has become complete in the last 12 months. He's got maturity on his shoulders now as well. The way he handles pressure has been extremely impressive."

Horner does not "see any reason" the youngster cannot win the world title with Red Bull, which claimed its last championship in 2013.

He said Red Bull now has "the best" driver in F1, "a fantastic design team" and – with Honda – an engine partner closing the gap to Mercedes and Ferrari.