The Williams Formula 1 team believes this year's FW42 is a good base for its 2020 car, despite its poor on-track form. 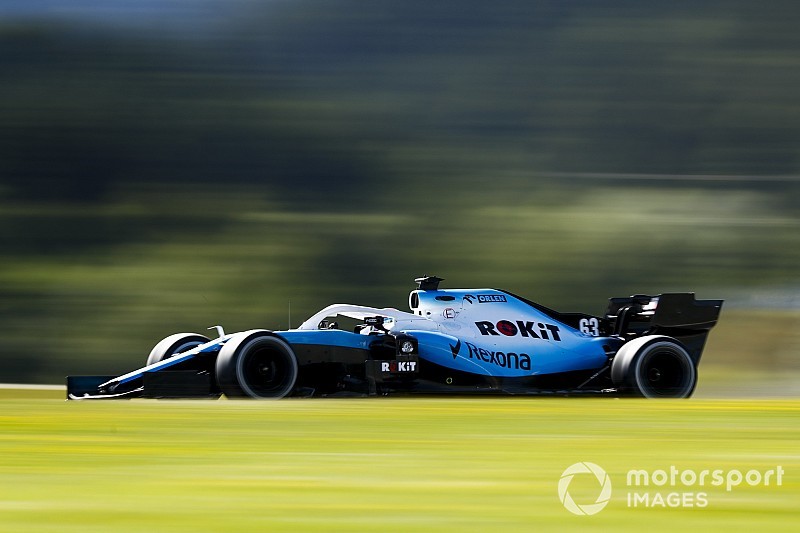 The team has been struggling to catch up since missing most of the pre-season testing sessions, with a lack of downforce the main issue.

However, senior race engineer Dave Robson says there are no fundamental problems with the design, and that it simply lacks development relative to the opposition.

Asked by Motorsport.com if the FW42 was a good starting point despite its performance, Robson said: "I think so. It's nice when the rules are stable over a year or two, and you can learn for the future, which we've done with a few things.

"I'm not sure that there's anything massively, fundamentally wrong. I think we're just behind the curve in the development line.

"We know we took a different approach. Last year we felt we'd reached the limit of the concept of that car, and so in order to go further forwards we consciously came back a bit, and it's taken longer than we hoped to get back up and beyond where we were."

Stable rules, and the huge package of changes coming for 2021, mean that most teams are likely to follow a similar path and refine their 2019 models for next season.

"There are always new things to learn and to try and do research on for next year," said Robson. "The design of next year's car is already well under way, so the main architecture is already being laid out.

"In many ways it will be an evolution of this car as we take advantage of the rules being fairly stable. Part of our job for the rest of this year is to make sure we learn everything we can to help out for next year."

Robson said it wold be wrong to assume that the team was caught out by the front wing and other aero rules changes for this season.

"We're nine races in and it's not like the whole field has tended to the same solution yet, which is quite unusual. People out there have different ways of tackling it.

"We started looking at it way back at the Hungary test last year, and thought we'd made progress then, and thought we'd actually got a little bit ahead of the game on that. Work is still ongoing in the tunnel as to whether we did go down the right avenue.

"As I say, everyone seems to have stuck largely with the philosophy they launched with and have evolved rather than taken a big step change. I think the jury is probably still out."

The team will have some updates for the FW42, with more to follow in Germany or Hungary.

"There are things very much in the pipeline.

"We're pushing to get things for the next couple of races, and I think we'll see some changes on the car for Silverstone, with the bulk of it to follow in the two races after that. It will be tight, as everything always is in F1."

Opinion: Who’s in the race to become F1’s next boss?