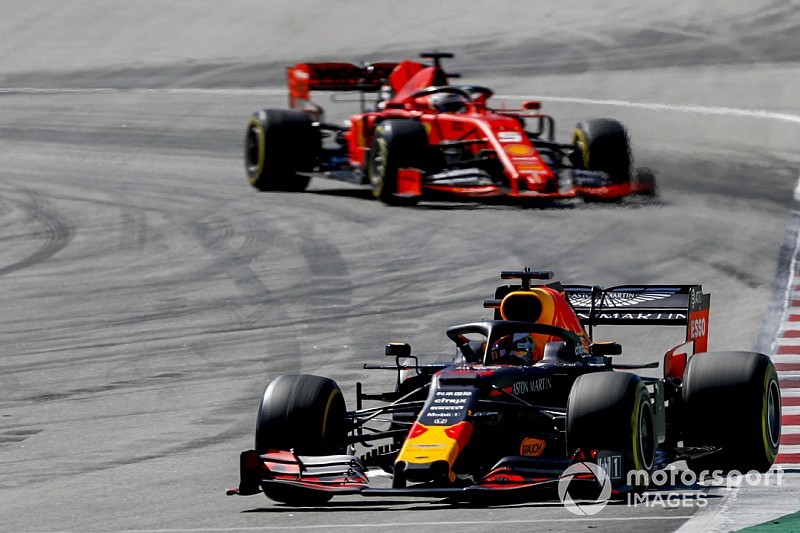 Max Verstappen has suggested he and Red Bull are overachieving in Formula 1 so far this season because being ahead of both Ferraris is "where we normally won't belong".

Verstappen has scored two third-place finishes and a trio of fourths across the opening five rounds of the 2019 championship.

His podium in the recent Spanish Grand Prix moved him into third place in the championship ahead of Sebastian Vettel, whose Ferrari team has had an up-and-down start to the year.

"We are satisfied with the results so far, absolutely," Verstappen told Motorsport.com during last weekend's Jumbo Racedagen at Zandvoort.

"It's the maximum we can achieve. We scored the maximum amount of points every race weekend and are third in the championship ahead of Ferrari, where we normally won't belong.

"If you summarise all races we were the third team. Hopefully we can improve to become the second eam."

He believes beating Ferrari is a realistic goal, although accepts that "at some tracks with long straights like Monza then Ferrari will be more in front" because "they have such a strong engine at the moment".

"It would always be good," he said of finishing third in the championship. "As a team and myself you want more but, but if you can say to yourself that we have maximised the results then you have to be satisfied.

"Last year we learned much in the first races, and it went well. You always learn and of course I'm still young. I think the steps to improve are a bit larger compared to when you are 30, 35 years old."

However, the future of the event remains unclear because the circuit will host the revived Dutch Grand Prix next year.

"There is an increasingly amount of people attending over the past years, which is always nice," said Verstappen. "Now knowing that next year a grand prix is coming, that feels very special and I think nobody expected that one year ago.

"I knew for a few months what was going on and when you see in the media that there is a deal, that feels special. The last grand prix was a long time ago and that it now returns is very good." 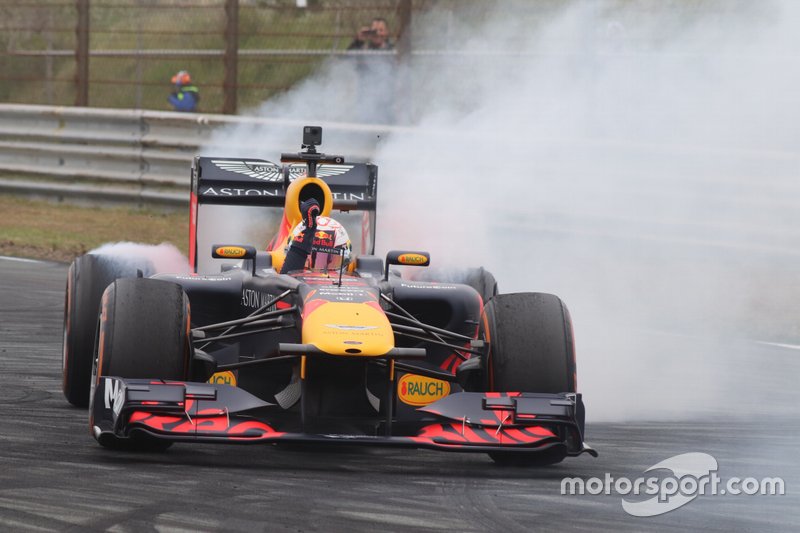 The fight to cling on to an F1 calendar place

"Curious" Ricciardo feels he could be "further up" in Monaco