Max Verstappen has taken a cheeky swipe at claims from his former engine supplier Renault that it has broken the 1000 horsepower barrier at times this year. 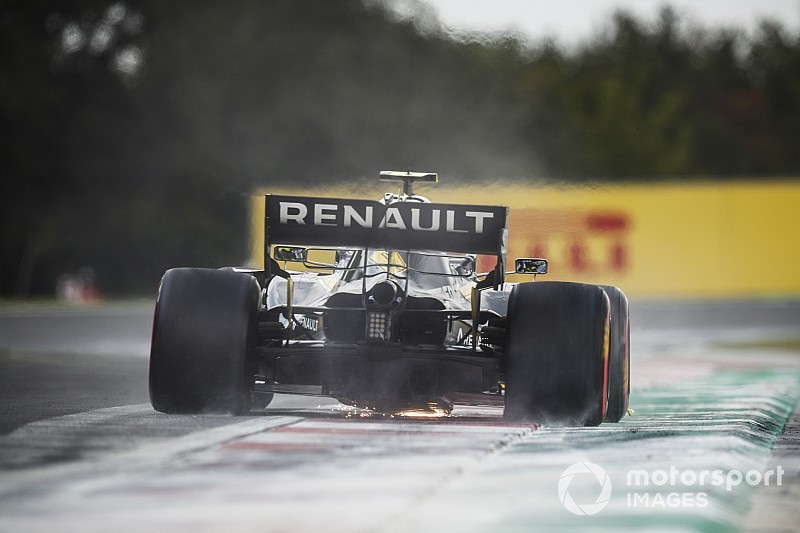 "It's just certain performance peaks in qualifying", says Renault's engine boss Remi Taffin. "We can't deliver this performance constantly. It depends on many factors. For example the track and ambient temperatures."

Asked about Renault's suggestions that it had hit the major power target, Verstappen suggested that if that was the case then it did not say much about the team's chassis performance.

"Well, if they claim to have a 1000hp they have a really bad car!" said Verstappen. "I think it's better to do the talking on the track than in the media anyway."

Renault's Daniel Ricciardo was unmoved by Verstappen's remarks, though, and suggested the 1000bhp benchmark was more a 'novelty' factor than anything else and wasn't anything he was aware of.

"That sounds like a bit of a novelty thing, 1000 horsepower," he said. "Sounds cool, but I haven't heard anything like this."

Valtteri Bottas also downplayed the significance of the 1000bhp figure, saying his Mercedes team did not even know how much power its power unit produced in qualifying.

"Actually just yesterday I asked the team – because we had some engine issues, we had some talks about the engine and I asked how much horsepower we had in qualifying and the engineers said they don't know, they don't actually know, so no one knows," said the Finn.

While Verstappen's current Honda power unit has made good gains this year, the Dutchman admitted that it was still not as good as he wanted it to be.

"We made good gains with the engine but we are not where we want to be and everybody knows that," he said. "We are pushing hard and improving and we are getting closer to Mercedes and Ferrari. Especially Ferrari, they seem very quick on the straight.

"With the chassis since Austria when we introduced a few crucial updates the car has been a lot better, and from there onwards we kept bringing new parts – maybe not as major as that one – but it always gave me a more balanced feeling in the car and that is exactly what we were looking for in the car.

"I guess it shows today on a track where you need a lot of downforce that the car was working really well."

Ricciardo to start Hungarian GP from back of grid