Mahaveer Raghunathan has accrued enough penalty points for a second Formula 2 race ban, but will escape suspension due to a technicality in the regulations.

Raghunathan amassed 12 penalty points after the feature race at Paul Ricard and was banned for the next round at the Red Bull Ring.

As the regulations were originally written for F1 and later rolled out to its support series, however, the wording of the rule stipulates that the driver is banned for the next round, as F1 only has one race per weekend.

Raghunathan was banned following race one at Paul Ricard – becoming the first driver to ever be banned due to a penalty points infringement in any series since F1 introduced the rule in 2014 – but was still able to compete in the second race of the weekend.

His ban then applied at the next round in Austria and his penalty points reset to zero.

The FIA confirmed early in the season it was looking at the regulation for the 2020 season.

At Abu Dhabi this weekend, Rgahunathan received a penalty which took him up to 12 penalty points, amassed since July's Silverstone round, for not respecting the practice start procedure.

That gave him 12 points, enough to receive another ban. However, the ban should apply for the next round, but Abu Dhabi is the last F2 round of the season.

All penalty points are voided at the end of the season, so Raghunathan escapes without penalty.

Of the Indian driver's latest penalty in Abu Dhabi, the FIA F2 stewards said: “The driver carried out his practice start with two cars ahead of him on the grid.

“The driver was advised that this is extremely dangerous behaviour and will not be tolerated by the stewards.

“The standard of driving should be higher as this is the last event of the season. The driver stated that the car in front of his started rolling – this was not the case.

“After the driver of Car 17 passed the first car ahead of him, which was the latest he could have recognised his mistake, he didn’t slow down.” 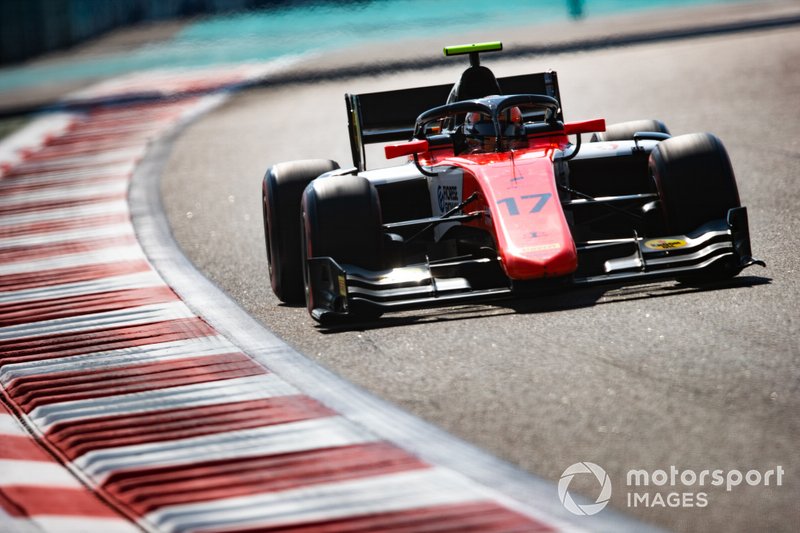 Hubert report to be signed off by FIA next week

Raghunathan banned from Austria F2 round