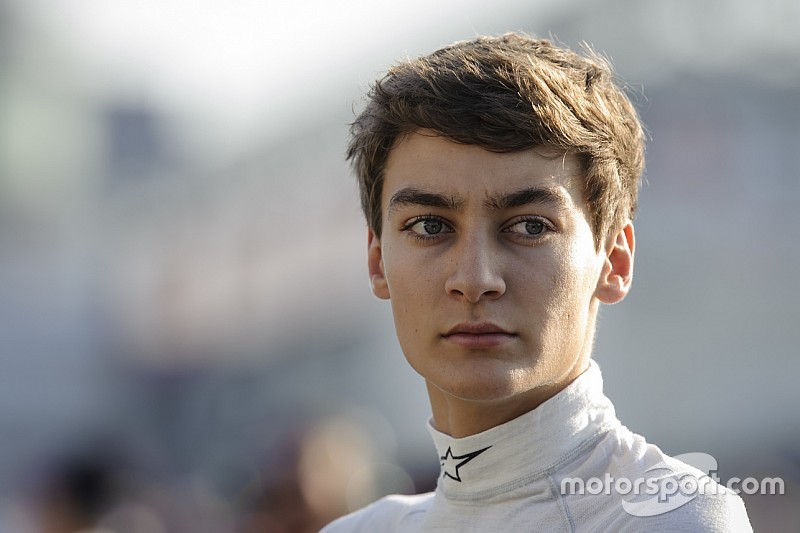 George Russell is set to switch to the GP3 Series with ART Grand Prix next season after spending the last two seasons in European Formula 3.

The British driver placed third overall in the FIA F3 series this season, having made the switch from Carlin to Hitech GP, ending up the best non-Prema driver in the standings with two wins under his belt.

He also took pole position for the qualification race in last weekend’s Macau Grand Prix, although he slipped to fifth in the opening leg of the blue riband event before finally ending up seventh in the final.

Now Russell is set to follow in the footsteps of former F3 rivals such as Charles Leclerc, Alex Albon and Jake Dennis in switching from F3 to the F1-supporting GP3 paddock next year.

“I’m over in Abu Dhabi next week for [post-season] testing, and I think [GP3] is right for my career at the moment,” Russell told Motorsport.com.

“I could’ve done another year in F3, but I’ve given it a good shot and I really wanted something different, a new challenge. GP3 suits the bill the best, so I’ll give it a crack."

While stopping shy of saying a deal had been reached to join ART, Russell admitted a seat with the French squad was “at the top of the list” for 2017.

“No matter what category you look at, you look first at the team who’s winning the championship,” Russell added. “ART is extremely competitive in all forms of motorsport they do.

“ART is looking like a very good option and at the top of the list of where I want to be next year.”

While two of ART’s existing drivers, Leclerc and Albon, are both set to graduate to GP2 next season, Honda-backed Nirei Fukuzumi is believed to be staying with the team in GP3.

It’s also understood that ART has already filled all four of its GP3 seats for next season.

Russell has also been linked with a role within the Mercedes F1 junior programme, but when asked about such a possibility, the 18-year-old did not wish to comment – but said his future plans were close to being announced.

“There’s a lot of rumours, but until anything is official, who knows,” Russell said. “I believe if I perform then there’s no reason why the opportunity shouldn’t come.”

However, having previously indicated a desire to race in DTM (and taking part in last year's rookie test at Jerez with BMW), Russell said that climbing to the top of the single-seater ladder was now very much back on his agenda.

“That’s what I’m working towards,” he said. “For sure my result in Macau has helped that a lot, but there’s not a lot more I can say at the moment.

"After Abu Dhabi it should be a bit more apparent. This time next week there should be some announcement, hopefully, and I’ll know exactly where I will be next year. It’s looking positive, anyway.”