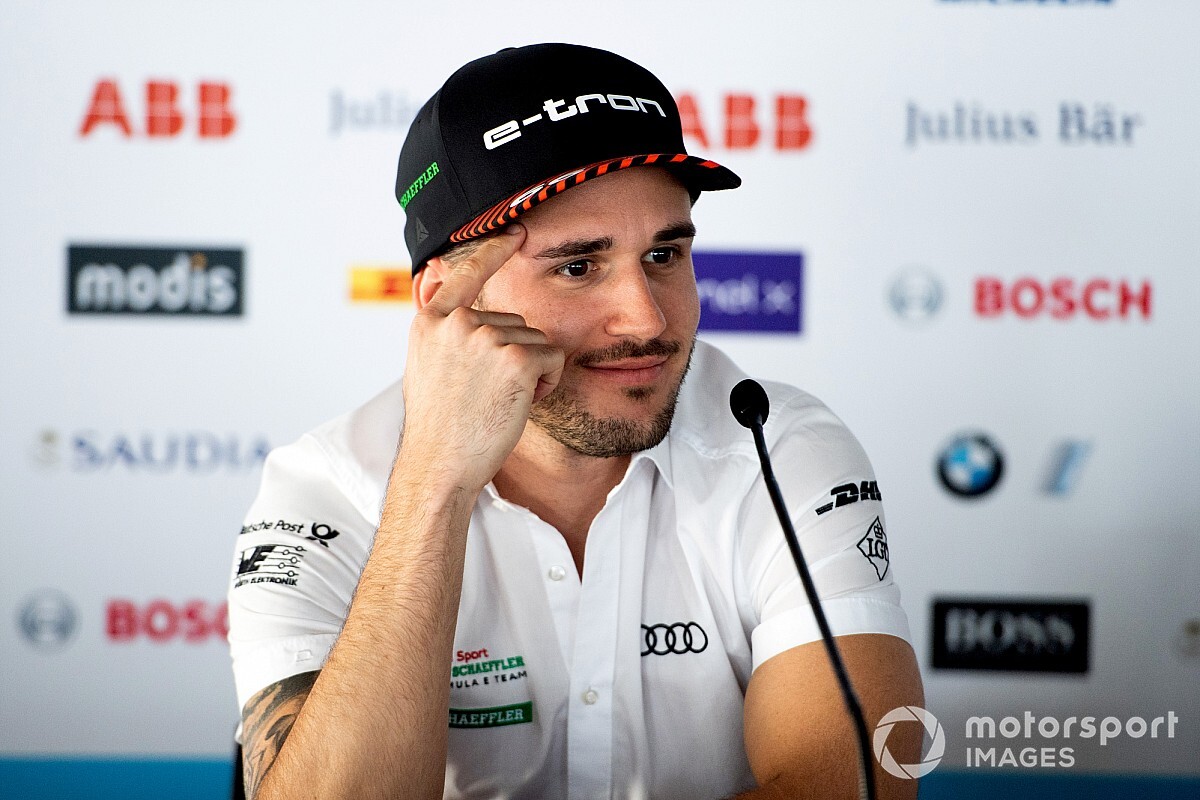 Daniel Abt has announced that he will sit out the 2021 season after turning down a Formula E drive, but hasn't closed the door on returning to racing in the future.

Abt was infamously dropped by Audi mid-season after he was caught using an imposter during an official Formula E Race At Home Challenge Esports event in June.

It marked the end of a stint which began with what was then known as the Abt Schaeffler team in the maiden season of Formula E in 2014/15, and continued when Audi turned the outfit into a full-factory effort ahead of the 2017/18 season.

The 27-year-old subsequently issued a lengthy video on YouTube, claiming the stunt was supposed to be “funny” and he had always planned to inform the public that professional sim racer Lorenz Hoerzing was driving in his place in the virtual event.

Following his exit from Audi, the German driver received a second chance with NIO 333 for the final six races of the season in Berlin as the team’s nominated driver Ma Qing Hua was unable to make the trip to Germany due to coronavirus-induced travel restrictions.

Abt, however, wasn’t named in NIO’s line-up for the 2020/21 season, with the Chinese squad hiring former Andretti/Jaguar driver Tom Blomqvist to partner incumbent Oliver Turvey.

In a video message on YouTube, Abt confirmed that he won’t be racing in any racing category next year, but appeared to rule out an early retirement from motorsport.

“I won’t sit in a race car next year, at least not in a n official racing series -  in another racing car for sure,” Abt said. “But that’s okay for me.

“This isn’t supposed to be a goodbye to motorsports. Or a goodbye to racing. To me currently this feels like the right way. I’m looking forward to it so much.

“I’m super motivated and especially grateful that I was able to pull myself out of this low. You can’t do this by yourself. You can do that with great people around you with a great team, which and who I had all along the years in motorsport series.

“I had an offer from a team to start in Formula E season 7, but I personally decided against it. I decided for another task of which I believe that I’ll have lots of fun, as I will still be a part of  Formula E season 7 but not as a driver. I will be there for SAT 1 that will cover the races from this season onward. I will be a TV expert and co-commentator. It’s a great task for me.”

Abt sustained a high-speed crash during practice for Mexico in February that required him to visit a hospital for precautionary checks, but he went on to contest the race the same day.

The 27-year-old said his “world was thrown apart” completely when Audi announced its decision to oust him from its Formula E team, leaving him in a situation where he “didn’t know how to continue” or “what will happen after that”.

“It’s been a crazy year for everyone, with everything that’s happening right now in the world,” Abt said.

“For me specifically it was a very intense year. At the beginning of the year I had the worst accident of my career when the car suddenly accelerated at full throttle and threw me straight into the wall at 200km/h.

“Everything else didn’t go well either. It was a bad year. The atmosphere wasn’t great. Then the lockdown came. And with it the sim racing scandal came up. My world was thrown apart completely by that, I must say.

“The extent of it was so extreme. From this ‘I’m feeling good and I’m in a good position’ it went downhill all the way, steeper than any roller-coaster I had been on before. I was laid off by Audi. All of which I had tried to build up during 20 years was gone."

During his six seasons in Formula E, Abt scored two race wins and a best finish of fifth in the 2017/18 championship standings.

Santiago E-Prix set to be reinstated on Formula E calendar

Santiago E-Prix set to be reinstated on Formula E calendar