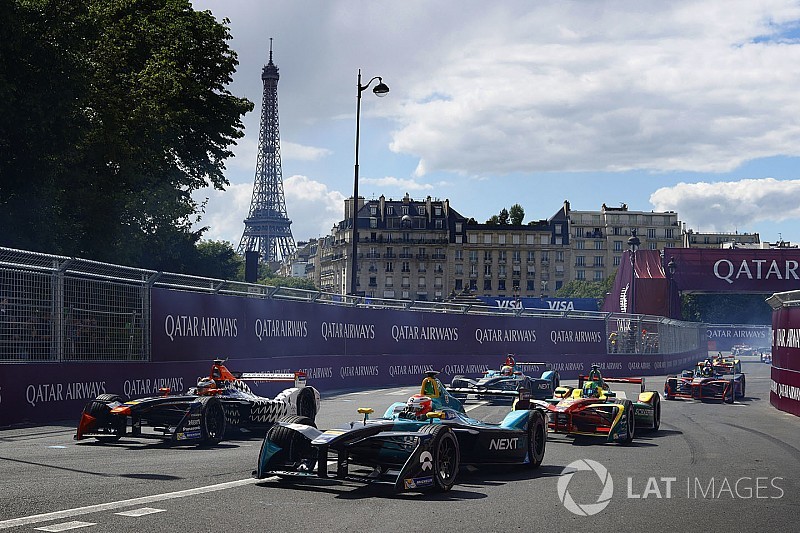 Formula E boss Alejandro Agag insists that the all-electric series' technical roadmap will not be altered by the arrival of new manufacturers.

With Mercedes and Porsche due to join Formula E in season six, some fears have been voiced about the potential for a technological "arms race" in the championship, especially if teams were to be granted the freedom to design their own batteries or aerodynamic parts.

However, Agag says that the series' roadmap contains specifically-designed safeguards that prevent escalating costs, and that these will definitely remain in place for the foreseeable future.

"We designed Formula E for this and we when we went to the drawing board on day zero we designed a championship for what is happening today," Agag told Motorsport.com.

"Our structures and our rules are such that they will accommodate and everyone can be comfortable within those rules so we can avoid an 'arms race'. We will not accept any change of that framework by anyone.

"You either accept the rules or you don't come here. Manufacturers themselves are telling us don't change anything because we like it as the way it is: don't allow the costs to go high, don't change the fact we have to provide a powertrain at a set price to a privateer team.

"I'm not worried at all that the manufacturers are coming, I am encouraged and I am happy that they are a great addition to the championship."

DS Virgin Racing boss Alex Tai said one manufacturer had already lobbied for greater technical freedoms in the hope of taking a "Manchester United approach" of outspending its competition, but this was rebuffed.

"Last year in Berlin we had a meeting and one of the OEMs in it said, 'we want to come in and be able to do everything," explained Tai.

"They had this Manchester United approach of out-spending everyone else and dominating, and we all said: 'Absolutely no way'.

"We need to keep this Utopian level of allowing any manufacturer to come in to this, because every manufacturer is going to be driving forward these types of powertrains in the future."

Tai also stressed that allowing private teams to purchase powertrains for a reasonable cost will be key to maintaining the series' long-term health.

"Manufacturers can develop and spend as much as they like on these but I need to be able to buy it for a reasonable price which makes us competitive as a team," he added.

"Independent teams can make money in Formula E and OEMs can invest in at the right level and spend hundreds of millions and still get a fantastic return.

"The fundamentals of Formula E are correct and we all know this."