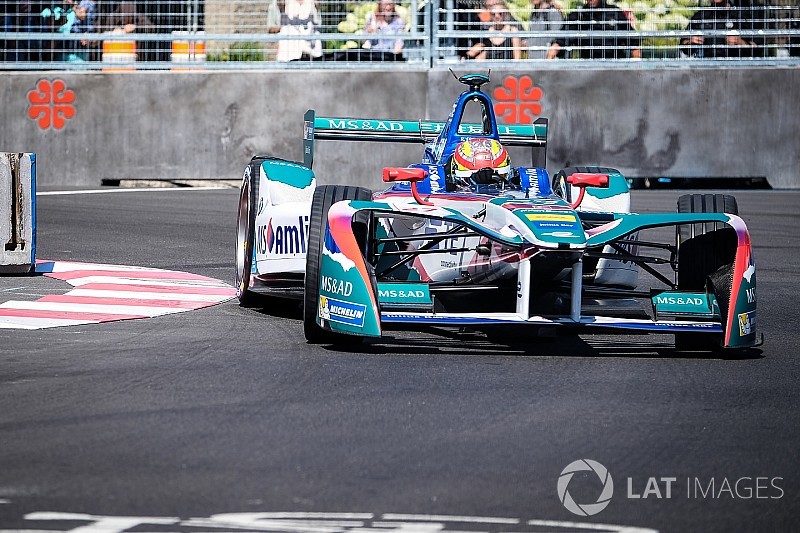 Robin Frijns' future with the Andretti Formula E team next season is still uncertain as he sets about looking for an alternative berth for the 2017/18 season.

The Dutch driver, who has driven for the team since the beginning of season two, told Motorsport.com that other options for a seat on the grid are being explored.

This is believed to be as a result of complications due to his present status as an Audi-contracted driver and the concurrent deal he has with Andretti, which will run a full BMW powertrain in season five.

"My situation is still ongoing, I suppose," he said. "As you know, I am an Audi driver in the GT world and I am driving for Andretti, indeed I was signed by Andretti.

"The team is really happy with my performance and with how I work but it is complicated with the team. I might still be here or I might not be but at the moment it doesn't seem like it, let's just put it that way.

"I'm looking around, I have to," continued Frijns. "You want to get things done early, around March time so this has been a difficult situation really."

Andretti team principal Roger Griffiths told Motorsport.com that the decision will be made by Andretti rather than BMW, which officially becomes the associated manufacturer with the team in season five.

"We haven't finalised our driver line-up yet," said Griffiths. "There has never been a problem to be honest [with Frijns' Audi contract].

"It has been clear that Robin's primary programme has always been Formula E and Michael [Andretti] allows him to do the Blancpain series and its always worked fine. As far as season four goes, the call on the drivers is ours."

Frijns' situation is complicated further by a scheduled operation which is set to take place on his injured right knee next week. This will preclude him testing for any potential new team until September at the earliest.

Frijns is having a ligament in his right knee replaced after he injured it running in May. The injury has not affected his racing but he has been forced to find a clear slot in his racing commitments to ensure no further problems occur in the future.

"I have an issue which is, I fly back home and have an operation the day after Montreal. I won't be able to walk for maybe four weeks," he said.

"I have a race at the end of August [Blancpain GT at Hungaroring]. The doctors say I won't make it but I will try everything to be there because I am third in the championship."

Should Frijns not retain his seat at Andretti, the team's official reserve driver Alexander Sims could be placed in the team for season five.

How Indians performed over the weekend (June 28-30)