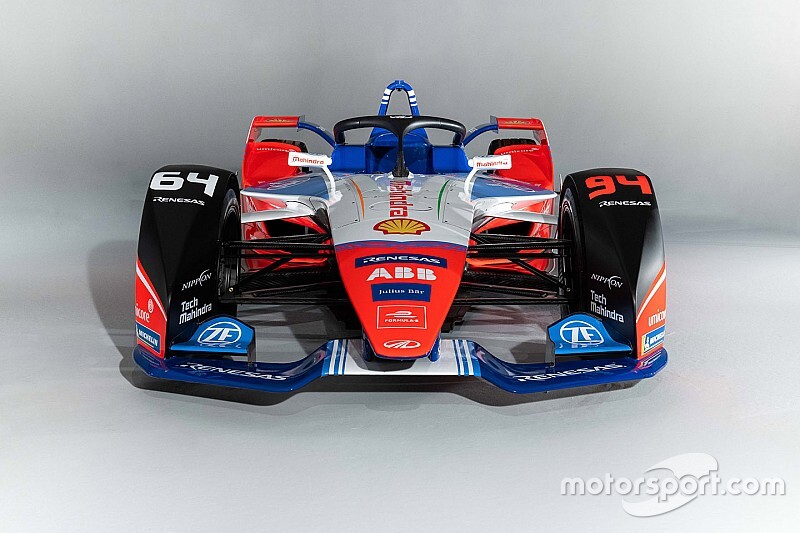 Since the 2015/16 FE season, Mahindra has employed Campos – in collaboration with the QEV Technologies company that Campos invests in – to run its race operations at FE events after partnering with Carlin for the inaugural campaign in 2014/15.

But the team has made a comprehensive change over the summer and more than doubled – from 18 to over 50 – its directly-employed workforce, which will run Mahindra’s cars at race events and work on its powertrain package from a single base – a new facility understood to be in Abingdon near Oxford.

Previously, Mahindra’s resources were spread between its current Banbury workshop and Campos/QEV facilities near Barcelona.

The team’s in-house expansion includes appointing a new team manager – David Clarke, who worked in the same role at DS Techeetah during its double title-winning season in 2018/19 – as well as a chief mechanic and a new race engineer for Jerome D’Ambrosio.

“So we found a place in Oxford where we’re moving in November – a real good place. But [it will be the] entire team [based there] – we don’t have a service provider model any more.

“Most of the team is directly employed going forwards. So, we have a lot of new folks in the team.

“I’m not really happy about it because I liked the [Campos] folks, but I think in the long-run it was best for the team to bring it all together to get the last bit of efficiency, which we were losing [by] being in two locations – Banbury and Barcelona.

“So we said ‘let’s bring everything into one location’.”

Mahindra has finished fourth and sixth in the teams’ standings in the last two FE seasons after taking third in 2016/17, and has won races in each of others campaigns.

But its fluctuating form in the last two seasons dropped it from title contention, something Gill hopes the team structure changes will solve in 2019/20.

“That’s an area which we’ve been working on because we’ve been consistently inconsistent over the last couple of years,” he said.

“That’s one of the reasons why we’re trying to bring the whole team together – so we can start working well and just improving through the year.

“Because we’ve given up a lot [before]. We have a decent team – we should have been in a  slightly different position than when we were in the last couple of years.

“Season five was for sure the worst year we’ve ever had in terms of [what] our potential was and [then] performance was at the end of the year.

“We need to correct that and that’s what we’re hoping to do this year.”

But ZF will provide Mahindra with assistance on its 2019/20 package, which Gill explained has been built to address some of the handling issues the team had experienced last season.

“The car is lighter, the car is stiffer on the rear,” he said. "We worked a lot on the rear end because that was one of our issues, we worked on the rear-end stability of the car.

“And a lot of work has been done on the software and control side to make it a bit simpler.”