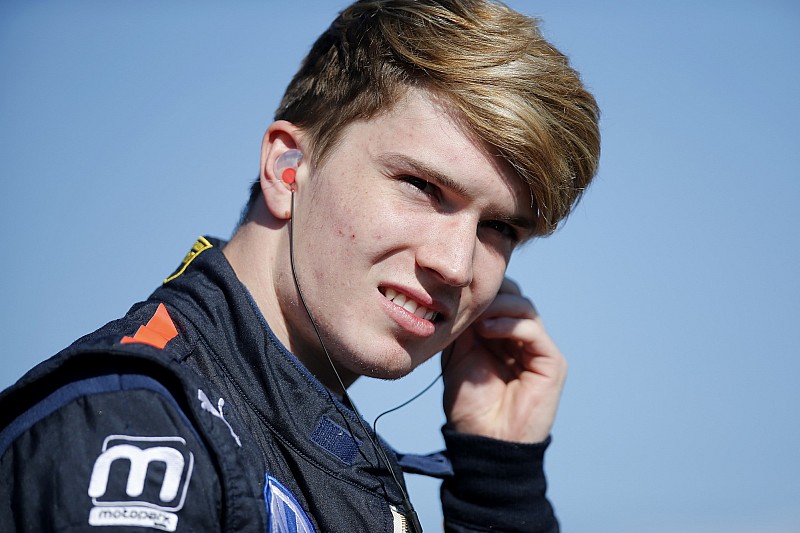 Red Bull junior Dan Ticktum has hit back at what he has described as "pathetic mind games" from his European Formula 3 rivals.

Ticktum was criticised by Prema pair Marcus Armstrong and Ralf Aron after the second race of the Zandvoort weekend having been caught up in incidents with both drivers before he finished sixth.

"I've had moments with Dan a number of times, and I knew that the more pressure you put on him the better for me," said Aron.

"We touched, but luckily I was able to continue, although I was a bit anxious because I thought my front was a bit weird.

"But I kept my cool and my two teammates did a great job to get around Dan - I was happy to see that in my mirrors and for the Prema train to cross the line ahead."

Armstrong added: "With Dan it was interesting. It reminded me a lot of Turn 1 at the Hungaroring [where they made contact].

"I learned from my mistake but he obviously didn't, and I was happy to get P2."

Asked about what his rivals had said, Ticktum replied: "I read their comments and I took pleasure in it.

"The only way they think they can win is by playing pathetic little mind games, and I actually laughed. They're too busy focusing on me, which is good.

"We're focused on our job and we'll beat them."

Some within the Prema awning accused Ticktum of deliberately going off at the chicane in second qualifying after setting his double pole in order to bring gravel onto the track.

Ticktum also lost a probable victory in the third race of the weekend to a jumped-start penalty, which the Motopark driver accepted was fair.

He rejoined last and, on a circuit where it is extremely difficult to pass, he retired one lap later to preserve his car and engine mileage.

The outcome means that although he sits fourth in the standings, he is just 13 points from leader Armstrong, 12 adrift of another Prema driver, Guan Yu Zhou, and 8.5 behind Aron.