The finale of the FIA GT Series took place in Azerbaijan this weekend. The Baku World Challenge street circuit was the scene for the finale, which saw the participation of six Audi R8 LMS ultra cars from three different teams. Four cars were entered by Belgian Audi Club Team WRT and one each from Phoenix Racing and Team Novadriver.

The drivers’ championship in the Pro Cup class came down to this weekend and it was a straight duel between WRT’s two crews of #11 Stéphane Ortelli / Laurens Vanthoor and #13 Edward Sandström / Frank Stippler. WRT was also aiming to clinch the teams’ title this weekend.

The Audi teams showed good pace at the front during the entire weekend. Good times in practice were backed up by a very strong showing in qualifying. The two qualifying sessions concluded with Rene Rast setting a massively impressive lap time, leading an Audi 1-2-3, with the #12 WRT Audi on pole, ahead of the #5 Phoenix and #11 WRT. Team Novadriver secured second position within the Pro-Am Cup. Phoenix Racing was later disqualified and dropped to last place for a technical infringement.

Sunday kicked off with the Qualifying race. A damp track had put a delay on the proceedings, but the race did eventually get going under safety car conditions. Rene Rast took control when the green flag was waved and continued to build a good gap in the #12 Audi ahead of Vanthoor in second position with the #11 Audi. The #13 Audi of Sandström was running further back after their grid drop penalty. By the end of the pitstop sequence the #12 Audi re-emerged as the race leader, now with Nikolaus Mayr-Melnhof behind the wheel, ahead of Stéphane Ortelli in the #11 Audi.

A safety car period bunched up the field after the pitstops and Ortelli was on the tale of Nikolaus Mayr-Melnhof. Stippler had recovered to tenth in the #13 Audi. Mayr-Melnhof held onto the lead until the race was red flagged due to an incident involving the #14 Novadriver Audi.

The race was restarted with an additional ten minutes added to the race time. Mayr-Melnhof continued to lead ahead of Ortelli. Mayr-Melnhof held onto the lead and opened up a small gap ahead of his teammate, which was enough to secure victory.

Rene Rast and Nikolaus Mayr-Melnhof were victorious in the #12 Audi ahead of Audi #11 with Stéphane Ortelli and Laurens Vanthoor in second. Edward Sandström and Frank Stippler finished eighth in the #13 Audi. The #5 Phoenix Racing Audi finished tenth with Enzo Ide and Markus Winkelhock. The #18 WRT Audi finished seventeenth with Grégoire Demoustier and Filipe Albuquerque behind the wheel.

These results were enough to crown Belgian Audi Club Team WRT as the 2013 FIA GT Series Pro Cup teams' champions. The drivers' title would be decided in the Championship Race.


The Championship Race was held later on Sunday and it certainly had a chaotic start. Ortelli managed to take the lead during the run into the first corner and chaos broke out behind him with many cars making contact. Pole-sitter Nikolaus Mayr-Melnhof was unfortunately involved in the incident and dropped back after heavy contact. The Phoenix Racing Audi managed to avoid the incident by running through the chicane and when things had settled down they re-emerged in third place, chasing the second placed McLaren and Ortelli in the lead. A few laps later the leading Audi of Ortelli dropped back to third behind the leading McLaren and Winkelhock in the Phoenix Audi.

Further back Nikolaus Mayr-Melnhof made contact with the #10 McLaren and lost more time with repairs in the pits during the prolonged safety car period for track repairs. When the green flag came out the leading McLaren and the #11 and #13 WRT Audis came into the pits, promoting Winkelhock into the lead, until he was given a penalty for passing cars off-tack in the first lap incident. The #13 Audi lost time during the pitstop as the team had to work on the car, effectively removing Sandström and Stippler from the fight for the drivers' title.

The final FIA GT Series race of 2013 concluded with the #11 WRT Audi R8 LMS ultra of Stéphane Ortelli and Laurens Vanthoor taking victory, finishing ahead of Team Novadriver in eighth overall, who took second place in Pro Am. The #5 Phoenix Racing Audi finished in twelfth. The remaining two WRT Audis also finished outside of the top ten, as the #13 finished eleventh and the #12 in fifteenth.

Stéphane Ortelli and Laurens Vanthoor took victory in the Championship Race and they were also crowned as the 2013 FIA GT Series Pro Cup drivers' champions. This added to Belgian Audi Club Team WRT's success in the FIA GT Series, as they won both the Pro Cup drivers' and teams' titles this weekend.

The second set of official TUDOR United SportsCar Championship test days were held at Daytona on Tuesday and Wednesday this week. A total of five Audi R8 LMS cars were entered. Three teams took part in the first TUSC test days held at Sebring last weekend. Flying Lizard Motorsports entered two cars and Fall-Line Motorsports and Paul Miller Racing both entered one car each. These Audi R8 LMS cars were entered in the GT Daytona class (GTD). All three teams also headed to Daytona this week, where they were joined by the fifth R8 LMS entered by Audi Sport customer racing.

The Fall-Line Motorsports #46 Audi R8 LMS was driven by Christopher Mies, Charles Putman, Charles Espenlaub, Bryan Sellers and Al Carter. The Paul Miller Racing #48 R8 LMS had Bryce Miller and Benoît Treluyer behind the wheel. The #24 Audi Sport customer racing R8 LMS was listed as having Christopher Haase as the driver, but the other Audi factory drivers were also seen behind the wheel of the car during the Daytona tests, including Oliver Jarvis and Benoît Treluyer.

All five cars showed good pace within the GTD class during the test sessions at Daytona.

Aldo Scribante in Port Elizabeth, South Africa, hosted a regional event this weekend. Terry Moss Racing took part in the saloon car races and they did not disappoint.

Michael Stephen was crowned as the 2013 Bridgestone Production Car Championship Class A champion at Kyalami a few weeks ago. This was his third consecutive Class A title behind the wheel of his Terry Moss Racing Audi S4, becoming the first driver ever to win three Class A titles.

The Kyalami finale was however not the end of Stephen’s season as he and Terry Moss Racing entered the #A1 Audi S4 for a regional event at Aldo Scribante in Port Elizabeth this weekend, the team's hometown.

It was the annual LUK Three Hour Challenge and PE200 event. Many categories took part, including a category called “Allcomers" for a mixture of saloon cars. Michael Stephen was entered in this category which had two races on Saturday. Stephen’s entry had been confirmed well ahead of the event, but a surprise late entry also came from the Terry Moss Racing team, as Simon Moss, national competitor and son of Audi legend Terry Moss, was entered in the team’s second Audi S4.

Qualifying was held early on Saturday morning and as expected the Audis dominated proceedings at the front of the field. Michael Stephen took pole position ahead of Simon Moss. Their fastest laps were separated by a mere 0.334 seconds, with Stephen setting a 1:05.959 for pole.

The two Allcomers saloon races were held on Saturday afternoon. Michael Stephen came home to win the first race ahead of Simon Moss, taking a 1-2 victory for the team. Simon Moss set the fastest lap in race one and finished 0.587 second behind Stephen. It was a similar story in the second and final Allcomers race, which finished with another Audi S4 1-2, with Michael Stephen finishing 0.818 seconds ahead of Simon Moss. The pair were well ahead of the rest of the field, as they finished over ten seconds ahead by the end of the two short sprint races.

The Audis included one car each from Jamaica and Barbados. Team Jamaica included the ATL Automotive Racing ex-DTM ABT-Audi TT-R of Doug “Hollywood” Gore. This event was the final event for the ATL team as they had announced that they will be withdrawing from motorsport a few weeks ago. It has been said that Gore will continue to field the car in 2014.

The second Audi was from Team Barbados, the Maloney Racing Team ex-Super Touring Audi A4 STW. This Audi A4 STW is the extensively modified and turbocharged Audi A4 which has been competing in the Caribbean for a number of seasons, driven by Doug Maloney.

The Hamburg 24 Hours was held this weekend. It is an annual twenty-four hour slot car event held as part of the rallye racing Carrera Cup (RCCO).

Biela was part of the race winning driver team this weekend, which included Frank Biela, Thomas Voigt and Helmut Schmid. This was Frank Biela's fifth consecutive victory in this annual slot car event, each time at the controls of an Audi slot car. They won the race after completing 5,362 laps, finishing ahead of the field with a 153 lap lead.

The 2013 Hamburg 24 Hours was yet again a fun filled event for all of the participants and highlighted by another victory for the Audi R8 LMS ultra.

GMG Racing took part in testing with one of their Audi R8 LMS cars at Thunderhill Raceway this week. GMG Racing has entered two Audi R8 LMS cars for the 2013 25 Hours of Thunderhill, which will take place from 7-8 December. The #08 Audi R8 LMS of Alex Welch was wheeled out at Thunderhill Raceway for testing on Monday. GMG Racing will be entering their #8 and #14 Audi R8 LMS cars this year. The entry list currently lists the drivers for the #8 as: Alex Welch, James Sofronas, Alexandra Sabados, Drew Regitz and Michael McGrath. No drivers are currently listed for the #14 R8 LMS. It is interesting to note that the #08 R8 LMS at the test was in the FIA GT3 specification aerodynamic package, which differs from the package required to be used on the Audis in the Pirelli World Challenge during 2012 and 2013. This FIA GT3 specification will be allowed in the Pirelli World Challenge from 2014 onward. Three Audi race cars will be lining up on the 25 Hours of Thunderhill grid this year, based on the current entry list. GMG Racing’s pair of R8 LMS cars will be joined by the SP4T VLN Audi TT RS from Rotek Racing, with Robb Holland as the only listed driver so far.

Dindo Capello took part in the 2013 Monza Rally Show this weekend. He was behind the wheel of the #5 Citroën DS3 WRC alongside his co-driver Pirollo Luigi.

The TUDOR liveried Audi R8 LMS made an appearance at both of the TUSC Tests, at Sebring and at Daytona. The car was first seen at the Tudor Watches US launch party in September, part of the New York Fashion Week, when the TUDOR United SportsCar Championship was announced. The car was on display at Sebring last weekend and it was also part of the IMSA presentation at Daytona, where IMSA’s new headquarters was announced as the International Motorsports Center at Daytona.

An Audi R18 e-tron quattro show car was featured alongside the new Audi A3 Sportback e-tron at the 2013 Tokyo Motor Show this week.


All photos are hosted at their respective websites, which are listed within the Weekend Round Up 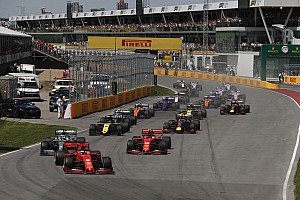