Bell and Sweedler to race Lamborghini Huracan GT3 in 2016 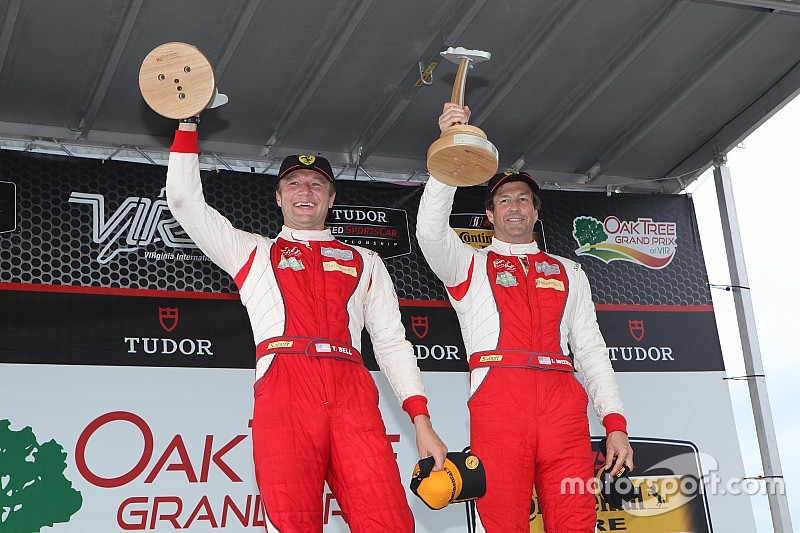 O'Gara Motorsport, founded by entrepreneur and amateur racer Tom O'Gara, is expanding its motorsport operations for 2016 to include the new GTD spec Lamborghini Huracan in addition to its existing Lamborghini Blancpain Super Trofeo four-car effort.

Said O'Gara: "I've known Townsend and Bill for years and am overjoyed to have them come on board for our new program. Our rookie season as a team in the Lamborghini Blancpain Super Trofeo Series has been a great success and now we want to take the next step by building on that achievement and expanding our relationship with Lamborghini to include their new GT3 car.

"I think Townsend and Bill are both extremely talented drivers with the knowledge and experience we need to make our first season in the WeatherTech Sportscar Championship a success. I'm extremely proud to have them on my team for this next challenge and look forward to another successful year of racing."

"Bill and I had a great season last year," said Bell. "Winning the GTD class was amazing. I'm really looking forward to joining Tom and the O'Gara Motorsport team for their first season in the WeatherTech Sportscar Championship. I think Bill and I are going to have yet another great season. O'Gara Motorsport made quite the impression in their first year as a team. I'm confident that their attention to detail and first-class operation will allow us to be as successful with this new endeavor.

Bill Sweedler says he too is thrilled to join the team, commenting: "I think the core ingredients for a championship-winning team include passion, experience, and the drive to never give up. Tom's passion for racing, coupled with his seasoned successful business acumen have formed the foundation that this team is built on. From the inception of the team, Tom has brought together the best race management, engineers, and crew. I can't wait to get behind the wheel of the new Lamborghini GT3."

DeltaWing coupe returns for the 2016 Rolex 24 at Daytona