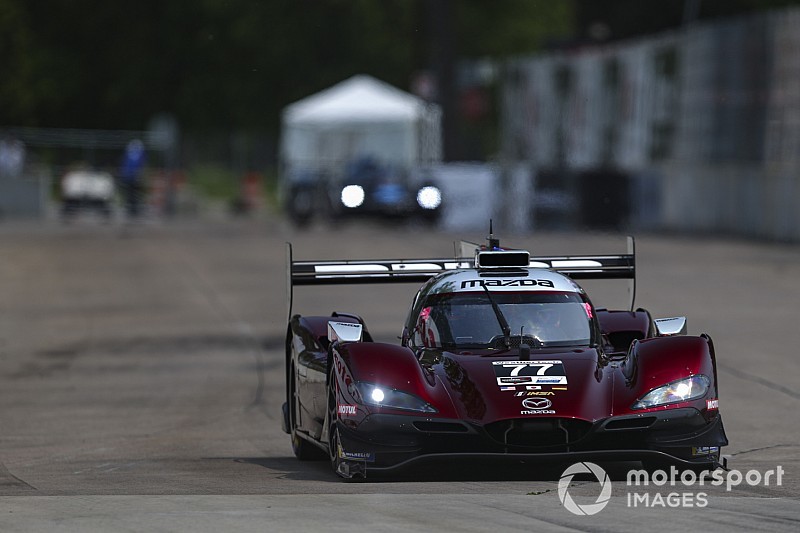 In its second season in its tie-up with sportscar powerhouse Joest, Mazda has still yet to score a victory, with Cadillac teams having won the opening three rounds of the season prior to Acura scoring back-to-back triumphs at Mid-Ohio and Detroit.

Reliability problems cost Mazda dearly in the first two long-distance races of the campaign, the Rolex 24 at Daytona and the Sebring 12 Hours, while Jarvis and teammate Tristan Nunez led at Mid-Ohio before losing out narrowly to the best of the Team Penske-run Acuras.

Speaking to Motorsport.com, Jarvis suggested a difficult race at Detroit, where he spun the #77 RT24-P after making contact with Filipe Albuquerque's Action Express Cadillac, has put Mazda all but out of title contention this year.

He and Nunez now lie 31 points down on the #31 AXR Cadillac pair Pipo Derani and Felipe Nasr, with Jonathan Bomarito a further point back in the sister car.

"Prior to Detroit, I’d have said [it’s still possible to win the title], but we didn’t have a great Detroit," said Jarvis. "We’ve dropped [31] points, and in IMSA it’s difficult to make that up.

"You drop 30 behind, they’ve only got to consistently finish in the top five or six. We’re in the hunt, but we probably need three wins and they have to have some difficult races.

"The real challenge is to win a race, first and foremost. In a weird way, that’s more important than winning a championship. And then build on that for next year.

"Next year it’s going to be so important to hit the ground running at Daytona. At the end of the last year we upgraded the engine, which we had to do to be competitive, but it meant reliability… we weren’t quite as prepared as we wanted to be for Daytona.

"The pace was there, but we didn’t have the reliability we expected or hoped for."

Jarvis reiterated his belief the RT24-P's first victory is just around the corner, predicting the next few tracks on the IMSA schedule will suit the car.

"It’s a matter of time – I hope we’re talking weeks rather than months," he said. "I’m confident, we’ve got Watkins Glen, Mosport coming up, then Road America we should be pretty quick. Road Atlanta we had a great race last year as well.

"I’m happy that we’ve made a lot of progress and I think people underestimated the challenge ahead. But now we’re in a position to consistently fight at the front – and then the law of averages says it’s gonna work out."

Jarvis and Nunez will be joined by Timo Bernhard in the #77 car for this weekend's six-hour Watkins Glen round, while Olivier Pla rejoins Harry Tincknell and Bomarito in the #55 Mazda. 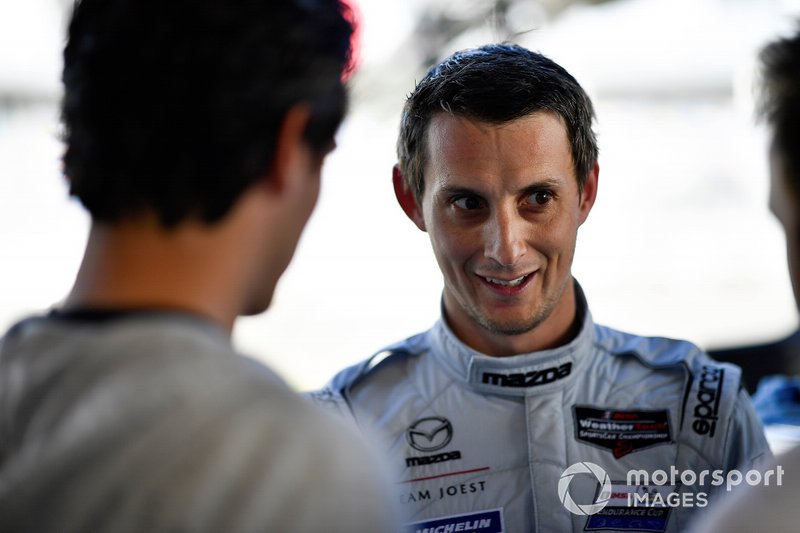