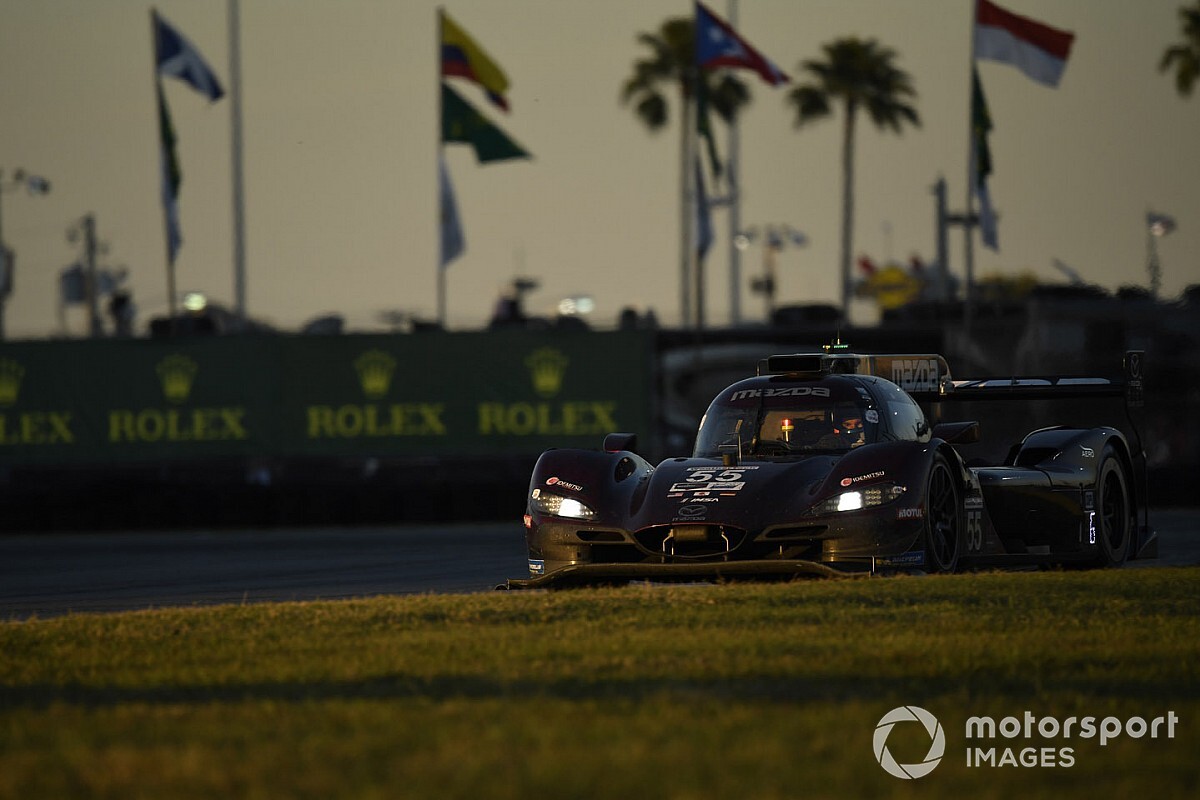 Mazda’s aces Oliver Jarvis, Jonathan Bomarito, Harry Tincknell and Tristan Nunez consider their chances of IMSA WeatherTech Championship glory are perhaps a little stronger with the street races eliminated, but that the outcome is far more likely to depend on Balance of Performance changes.

The Covid-19 pandemic’s effect on the U.S. motorsport schedule saw both IMSA and IndyCar lose Long Beach and Detroit from their 2020 schedules. While that appears to be in favor of the Multimatic-run Mazda RT24-Ps, given Cadillac’s traditional preeminence on street courses, a point with which Bomarito agrees, his teammates Tincknell and Jarvis suggest that in fact the new order of the races – and the subsequent application of Balance of Performance – has at least as much influence over their championship hopes.

“I think we were pretty good at Long Beach and Detroit,” said Bomarito, “although the results don't show it. We actually felt pretty good about those races. But those are off the calendar and pretty much everything else on the calendar are tracks we've been really strong at and have had success at, so it's not a bad thing for us…

“I think one of our weaknesses that we're constantly improving is the power down. We have to be very precise with rpm range of the engine off those slow-speed hairpins. It's very easy for the higher displacement cars [Cadillac’s normally-aspirated 5.5-liter V8s] cars to get that little squirt off the corner that we're missing.”

But Tincknell observed: “The BoP is sort of reactive a little bit to the tracks that we go to and what order they're in. So, I think actually having sort of two street tracks fairly close together, which probably suits the Cadillac really well, if they then perform well and have a BoP hit for say, Road America or something like that, they could end up looking like the car doesn't suit the track as much as it might do than if maybe the order of the tracks had been the other way around.

Jarvis admitted that the street courses “weren't our strongest. I think Cadillac have always been very strong at the street races, certainly suit their car, their power delivery, the way they can get the traction down and exit corners.

“I honestly thought we were gonna win Long Beach [last year], so we have been competitive there, but definitely I would say that the Caddies do have an advantage at those two track, so yeah, I think [the absence of street races] will have an influence and it could benefit us.

“But just flipping that on its head, let's not forget, it could also be a negative because after the two street tracks last year, the Caddy had quite a hit from BoP and paid for it for the rest of the season. This we have two Daytonas, [which] in the past hasn't been their strongest [so they won’t get a BoP penalty].”