Whelen Cadillac knocked out of R24 contention by gearbox failure

The pole-winning Whelen Engineering Action Express Racing Cadillac has been knocked out of contention from the Rolex 24 at Daytona lead fight after suffering a failure in its gearbox. 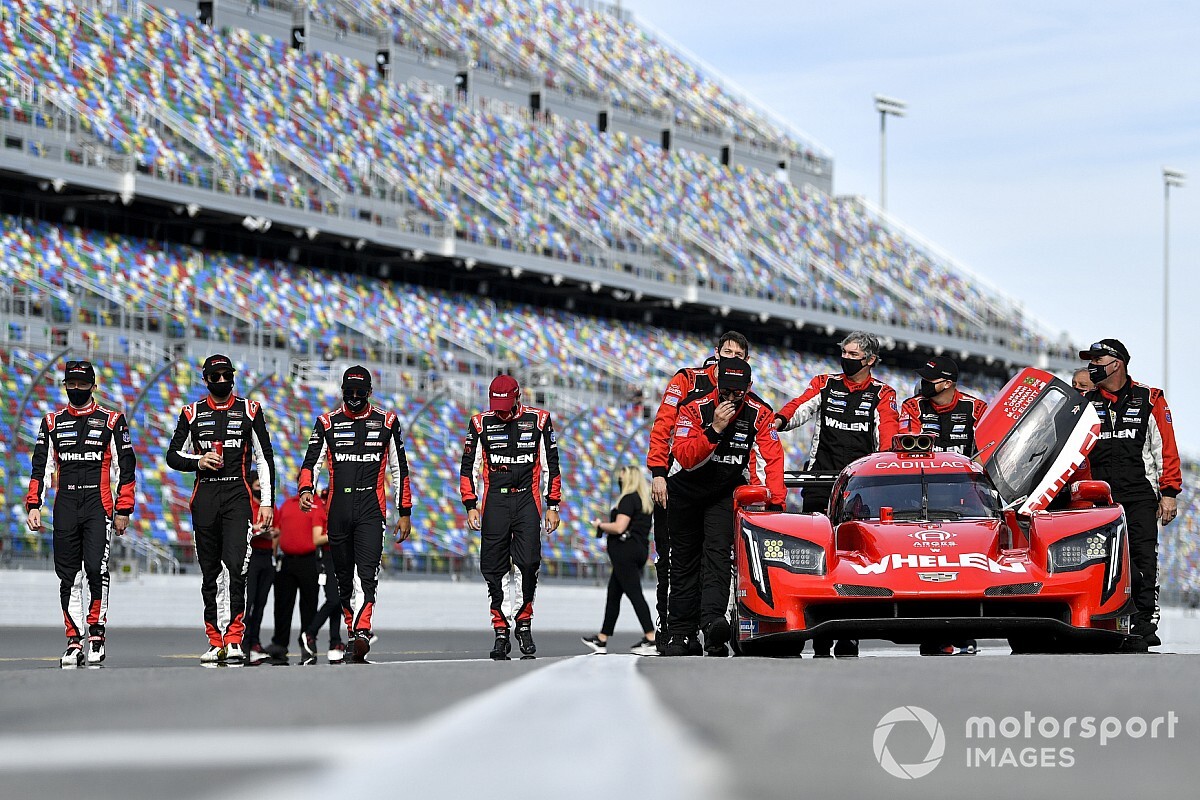 Former F1 driver Felipe Nasr was at the wheel when the #31 Cadillac DPi-V.R suddenly slowed on the banking at NASCAR Turn 1, having led the early stages of the race and running consistently inside the top five places throughout.

The car first hit trouble with a poor opening stint from NASCAR Cup Series champion Chase Elliott on Saturday evening, and as it fought back to regain its spot on the lead lap, an exhaust manifold issue made its engine sound flat.

But it was a gearbox issue on Sunday morning that sent it to the garage, damaging its hopes of a top-five finish for a car that AXR will run in the whole championship with Nasr and Pipo Derani.

“There were two different things, I don’t think they were connected,” said Nasr. “We had an exhaust issue, that’s why the engine was sounding a little weird. We kept going, the car had pace, and unfortunately when I was leaving Turn 6, on the transition to the banking, I lost drive changing gear from third to fourth. I could hear a pretty loud bang form the gearbox, so that was fourth gear done.

“I don’t know what to say, I feel terrible for everyone. We did such good work all weekend, and last weekend with starting on pole, we’re going to have to come back with better luck next time.

“It’s the hardest race we come to, that’s why it’s the biggest race of the year. It caught us off guard this time.”

AXR’s mechanics are working hard to fix the problem, as it had a 50-lap buffer on the JDC-Miller Motorsports #5 Cadillac that had previously struck problems, and will attempt to salvage sixth position in class.

“The team will do everything to get us back out there,” said Nasr. “I’ll drive it, I love it, but it is what it is. We had such a good team – teammates, staff members, sponsors, everybody. The season is long, but it was not our turn this time.”