With his last lap of the session, Colton Herta edged championship aspirant Scott Dixon to lead IndyCar’s half-hour warm-up session ahead of this afternoon’s Firestone Grand Prix of St. Petersburg. 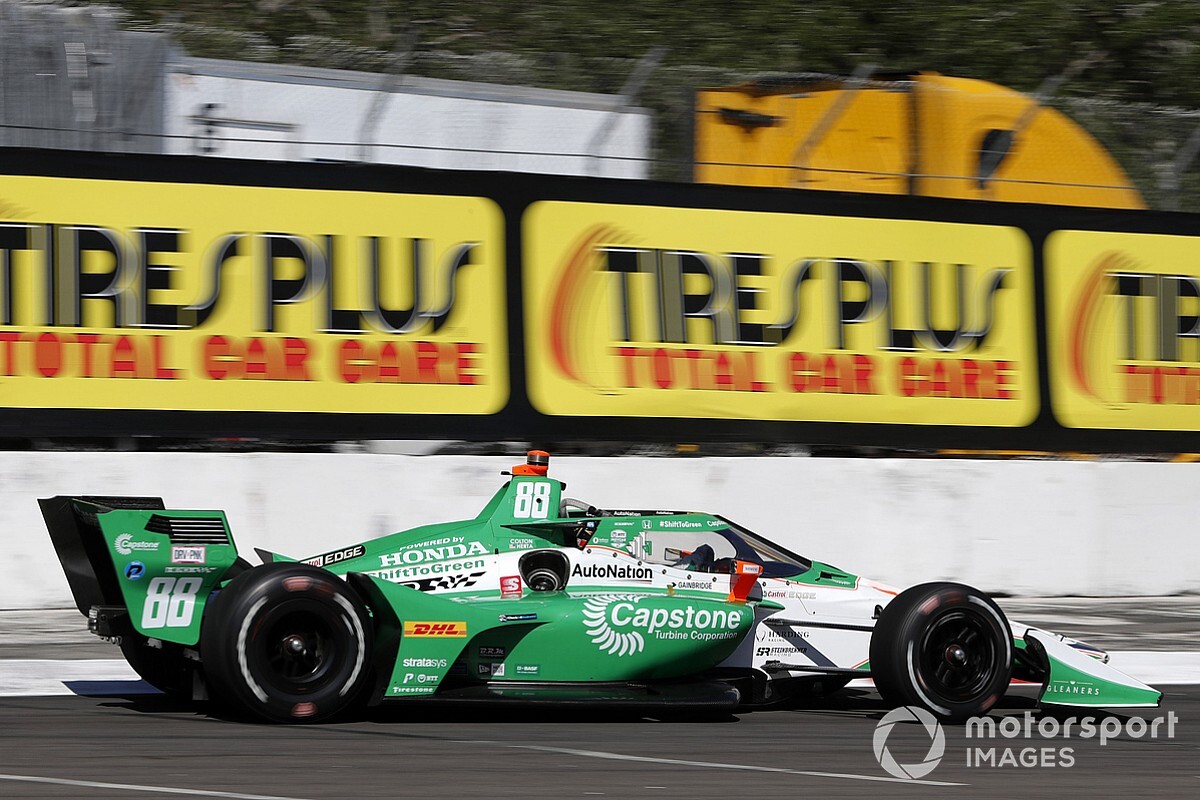 Herta, who will start third in his Andretti Harding Steinbrenner Autosport-Honda, set a time of 61.6011sec on his 22nd and final tour of the 1.8-mile street/runway course to edge Dixon by 0.0243sec.

The Chip Ganassi Racing-Honda ace, survived a trip into the Turn 1 run-off zone, just after hitting top spot, and squeezed in 27 laps in the 30min session. He will roll off 11th as he guns for his sixth IndyCar championship.

Ganassi’s form looked strong, with Felix Rosenqvist and Marcus Ericsson claiming third and 10th in the other CGR-Hondas, while Alexander Rossi – starting from the front row this afternoon – nabbed fourth spot.

James Hinchcliffe and Ryan Hunter-Reay ensured three Andretti cars in the top 10, despite Hinchcliffe also making a trip into a runoff area, fortunately without damaging his car.

The only person who could beat Dixon to the title, Josef Newgarden, was ninth fastest, less than a tenth of a second ahead of Team Penske-Chevrolet teammate Scott McLaughlin – making his IndyCar race debut today – and a couple of tenths up on yesterday’s pole-winner Will Power.