Ed Carpenter Racing’s rookie Rinus VeeKay says that he spent the month-long gap between the first and second rounds of the 2020 NTT IndyCar Series poring over data which ultimately helped him finish fifth in his first road course race at this level.

After crashing in practice and the race at Texas Motor Speedway –  “the biggest setback in my career” – the 2019 Indy Lights runner-up says he threw himself into studying hard for GP Indy with the ECR-Chevrolet team.

“I just spent the whole month looking at onboard [footage] and data – everything I could,” he said. “I was so prepared that I stepped into the car and it felt like I had already done a few days of driving.

“In the first practice we could do quite a few laps. I just started off with braking points that were safe for me, that I didn't lock tires and destroy my tires for the rest of practice.

“I started easy, moments where I thought, ‘If I go further, it will snap or I will lose the car.’ I just built it up very slowly.”
Although he was eliminated in the first segment of qualifying, his best lap time was only 0.1123sec slower than Andretti Autosport’s Alexander Rossi who did make it through to Q2.

Starting 18th, VeeKay was one of several drivers who benefited by pitting not long before his erstwhile Lights rival Oliver Askew caused the race’s only caution period when he crashed into the wall at Turn 14.

Thereafter VeeKay impressed by keeping calm while pressuring one series sophomore, Colton Herta of Andretti Harding Steinbrenner Autosport, and holding off another, Marcus Ericsson of Chip Ganassi Racing. This trio passed the checkered flag covered by a mere 0.6251sec.

“Yeah, I just feel very happy to finally have my first top five in IndyCar,” said the 19-year-old Dutchman. “Have to thank the team for that. It was just a great weekend – makes me smile when I think about it. I got a top five in my second IndyCar race.”

Asked what he learned during the event, VeeKay pointed out: “I really kind of got my first taste of fuel saving in a long stint. I'd never driven more than 15 laps in an IndyCar back-to-back.

“I was kind of tense in the car, so I kind of held my shoulders up, which was hurting at the end of the race. I know not to do that in Road America.

“But also it's just all the little things, pit stops, having a direct race in pit lane… All the things where you can save a little bit of time, it will just be crucial at the end of a race.

“I think overall I just have more experience. I've had 80 more laps in an IndyCar which is something that you take forward. Doing long stints on the red [Firestone’s softer alternate compound], I kind of know how they behave now.

“I think we can go into [this weekend’s double-header] REV Group Grand Prix with the same mentality, hopefully go for more top fives or even a podium…

“Road America is my favorite track. I cannot wait to go there and drive one of the quickest cars in the world on that track.”

VeeKay has two USF2000 wins and one Indy Lights win at the beautiful 4.048-mile road course in Elkhart Lake, Wisconsin. 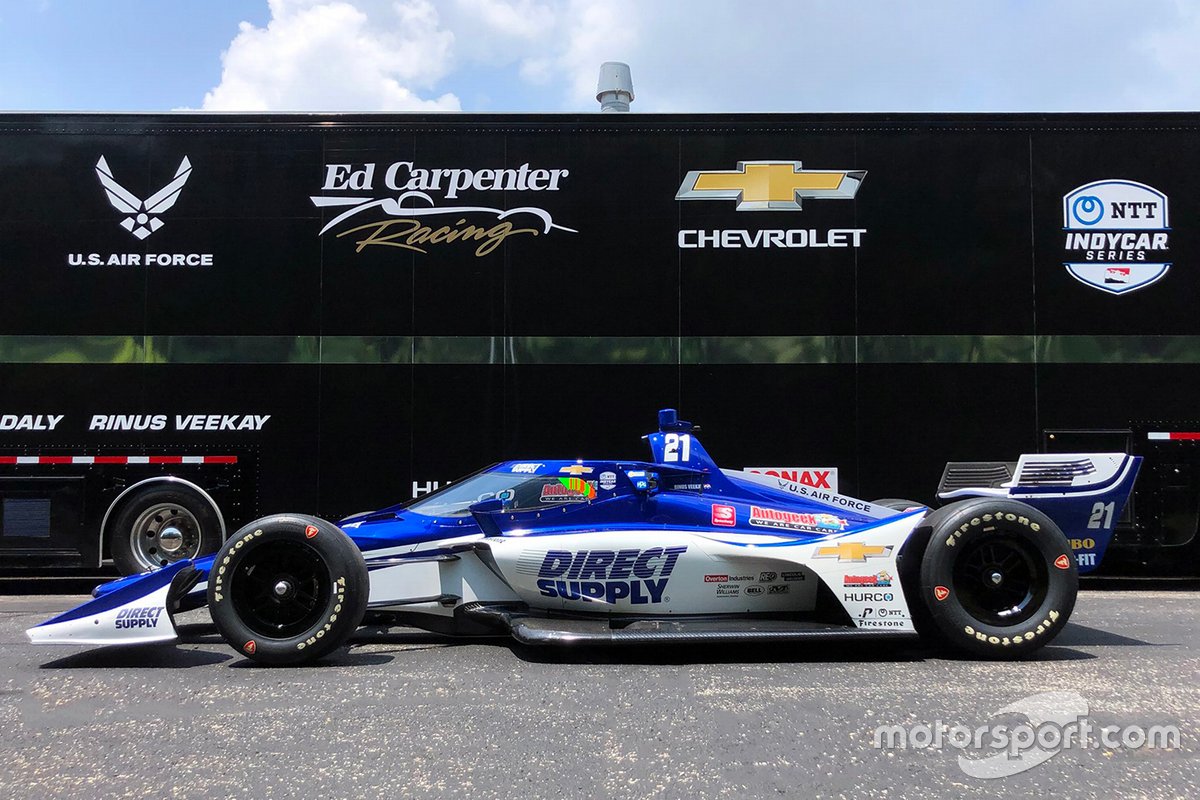