The Honda MotoGP team has brought its version of the controversial Ducati winglet to Argentina, with a view of having it homologated in time for track action.

Ducati ran winglets on the bottom of all three of its 2019-spec bikes in the Qatar Grand Prix, and although its design had been cleared for use by technical director Danny Aldridge, it was protested by four rival manufacturers in the aftermath of the Losail race.

The case went to the FIM Court of Appeals, which held a hearing last Friday and subsequently declared the device legal.

Honda was among the manufacturers protesting the winglet. However, Motorsport.com has learned that Honda has rushed through a similar design following the decision, and has brought it to the second round of the 2019 championship at the Termas de Rio Hondo venue in Argentina.

The Japanese manufacturer's engineers went to see Aldridge at the track on Thursday, looking to have the appendage approved for track use.

Speaking to media on Thursday, both Honda rider Marc Marquez and his team boss Alberto Puig said they didn't know whether Honda would be running a Ducati-like winglet any time soon.

“But I think it's not giving a lot of tenths [of laptime], this spoiler.”

Puig added: “Honda is a company that's always thinking and developing new ideas but at this moment we are just trying to think what is best.

“Of course we are not sleeping, but for now we are like we are.”

Puig also said that Honda did not agree with the decision to allow the continued use of the Ducati aero device, but that the Japanese manufacturer has accepted the FIM's ruling.

“We are happy that we made the appeal," he said, "because we believed and we thought, and we think, that it [the winglet] was not in the rulebook.

“But on the other hand we accept the jury decision, of course. And that's it.” 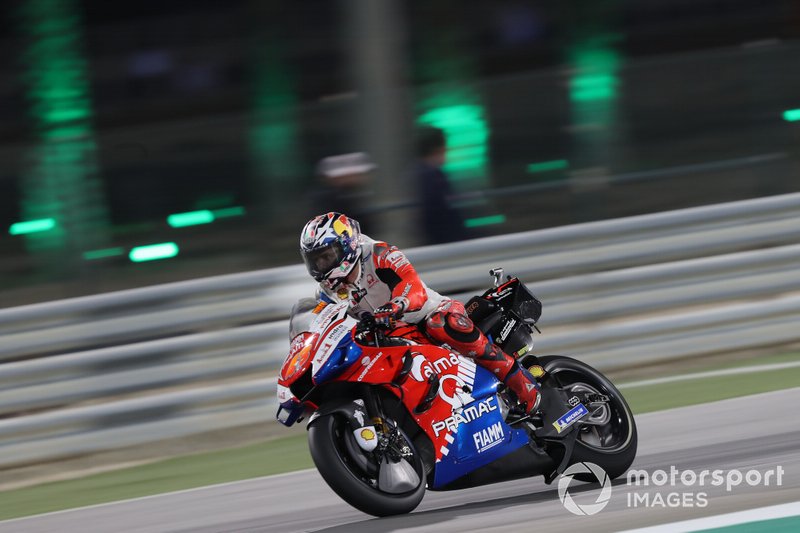 Lorenzo will be "extra" careful not to crash in Argentina

Miller 'playing it by ear' with factory Ducati chances