Mir no longer sees himself as Suzuki number two

Moto2 graduate Mir concluded his first campaign in the premier class 12th overall with less than half the points tally of teammate Alex Rins, albeit missing two races in the wake of a heavy crash in post-race testing at Brno in August.

His best finish was fifth in the Australian Grand Prix, which also marked the first time he finished ahead of Rins in a race they both finished.

Last weekend, it was confirmed Mir had been re-signed by Suzuki for a further two seasons, meaning he will remain paired with Rins until the end of 2022.

"I want to think there's no number one now," Mir said to a small group of journalists, including Motorsport.com after confirmation of his contract renewal.

"Last year there was, because Rins was established and I had just arrived and it was clearer. I don't believe in this and I don't think Suzuki does either.

"We both have to work to get Suzuki where it deserves to be, like Kevin Schwantz did. Suzuki has a lot of potential. I hope to be close to Alex and in some races ahead.

"The secret to taking another step is for me to go fast too. That will make all us grow and to give the impression that the bike is at the front in all races."

Mir had been targeted by Ducati during the winter, but ultimately stayed committed to Suzuki, with his existing deal with the Hamamatsu marque expiring after 2020.

"I'm very happy about the renewal," said Mir. "My work with Suzuki is not finished. Although I have one year left [on my current contract], it's not enough.

"If I had changed factories, I would have needed a year's training. I believe very much in the Suzuki project and together I think we can do it." 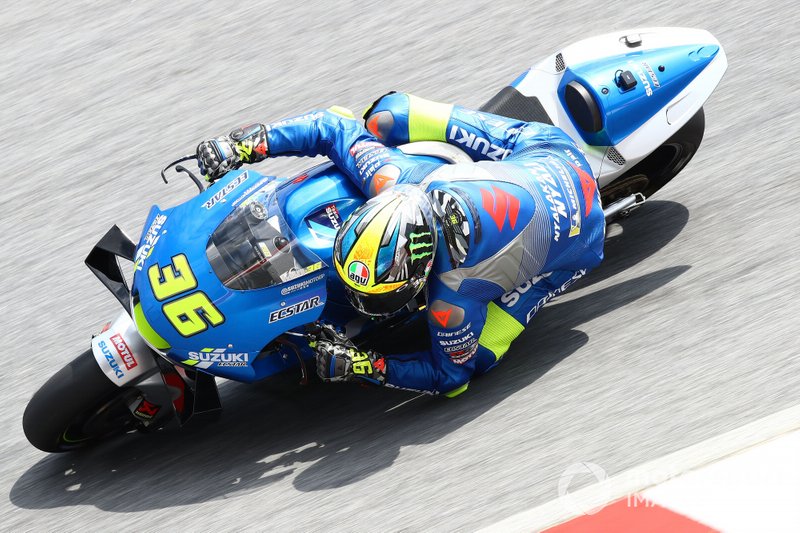 Rins recently said that he found perceptions that the GSX-RR is an easy bike to ride to be "annoying", something echoed by his teammate Mir.

"It's certainly not easy," the 22-year-old said of the Suzuki. "The people who say that have no idea. If they had tried all the bikes, they could tell.

"I think the Suzuki is a bike with an inline four character like the Yamaha. It's a bit more aggressive. It has a particular way of riding.

"I don't know why all the riders had a hard time the first year, there were always crashes. It's been hard to find that point. It seems that other bikes are more natural because of how easily they have adapted, but I'm not sure about that."