Quartararo: Debut win not essential before move to Yamaha

Fabio Quartararo admits securing his debut MotoGP win is not essential to his graduation to the factory Yamaha squad next year, but he will still “try with all my might”.

The 20-year-old had a shock breakout maiden season in MotoGP last year with Petronas SRT aboard the ‘B-spec’ customer Yamaha, scoring seven podiums on top of six pole positions.

A surprise choice to join the fledgling SRT MotoGP project after a four-year spell in the lower categories which yielded just one victory in Moto2 in 2018 (he did also win in Japan, but was later disqualified for a technical infringement), by the end of it Quartararo had come close to wins on two occasions and prompted Marc Marquez to brand him a future title threat.

At the start of the year, Yamaha announced it had signed the Frenchman to its factory squad to replace seven-time MotoGP champion Valentino Rossi.

Holding machine parity with the factory Yamaha riders of Rossi and Maverick Vinales this year, Quartararo is expected to consistently challenge for victories in 2020 after a strong pre-season.

But speaking to Motorsport.com, he sees no consequences stepping up to the factory Yamaha squad next year should he remain winless.

“It wouldn’t hurt me to get to the Yamaha factory team without having won a race, because I always give my best,” he said.

“And if it happens that I have not won yet, so it will be. Never in my life have I worked as hard as I do now, and I don’t doubt my abilities.

“But winning a MotoGP race is something tremendous.

“I will try with all my might, but nothing would happen if I got there [to the factory Yamaha team in 2021] without having won.”

Quartararo recently told Motorsport.com that he doubted his current Sepang Racing squad was any less professional than the factory outfit he will join next year, which he cited as a reason as to why Rossi should sign for SRT.

Rossi looks set to extend his MotoGP career by at least one more year as a deal to join SRT with full Yamaha support is expected to be signed by the end of the month. 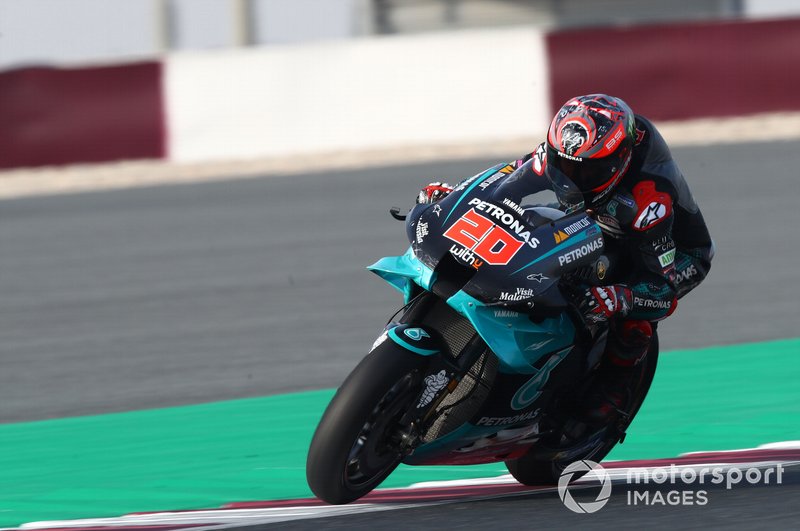 The one positive of MotoGP races without fans

Championship leader Fabio Quartararo says his MotoGP Japanese Grand Prix was “frustrating” because he “cannot overtake at all” on his Yamaha after finishing eighth.

Ducati’s Francesco Bagnaia says he crashed out of the last lap of the MotoGP Japanese Grand Prix trying to overtake points leader Fabio Quartararo because he was “too ambitious”.

Ai Ogura delighted home fans with victory in the Moto2 race at the MotoGP Japanese Grand Prix, as Izan Guevara strengthened his Moto3 title hopes with a win.

Aleix Espargaro says his Aprilia team forgetting to switch from an ‘eco’ engine map before the MotoGP Japanese Grand Prix forced him into his pre-start bike swap.