Alex Rins has revealed he began talks about remaining with Suzuki in MotoGP for 2021 during last April's Argentine Grand Prix weekend. 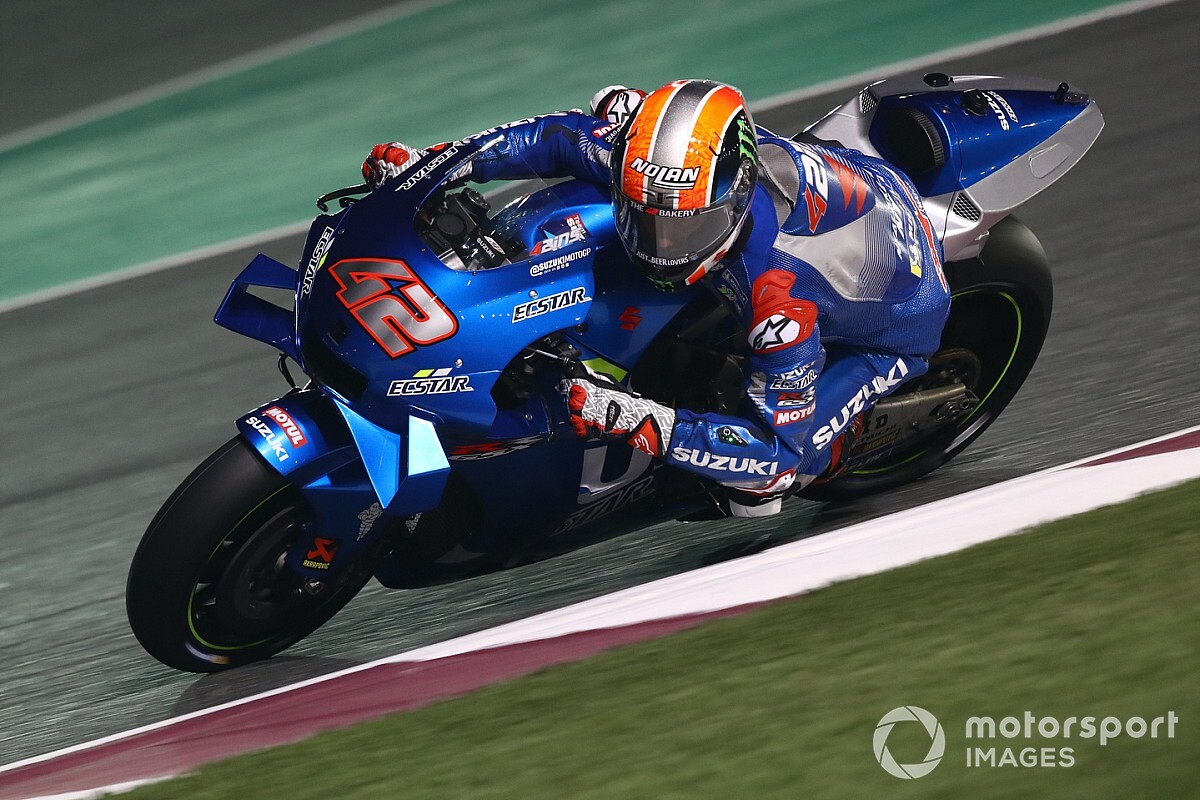 The double MotoGP race winner announced last Sunday that he has signed a new two-year deal to remain with Suzuki beginning next season, with team boss Davide Brivio admitting to Motorsport.com beforehand that everything was already in place.

Speaking in an online press conference on Thursday, Rins revealed how long talks with Suzuki had gone on for and had hoped to announce the deal following a podium finish in the early part of the now-delayed 2020 season.

“Sincerely, we started to talk with Suzuki in Argentina 2019,” Rins said. “So there we start to talk about the next two years and the final contract we signed maybe one week ago, or two weeks ago.

“We needed to wait because of the Japanese factory mentality, there are a lot of people to say ‘OK, now’.

“The COVID-19 [situation] for changed things. I wanted to announce the continuation with Suzuki at a race, and if possible on the podium. But this is the situation now.”

Expanding on his decision to remain with Suzuki, Rins says the team is like his “second family”, and was convinced by the team’s “growing up” for 2020 after a strong winter testing phase.

He also admits there were options outside of Suzuki available to him, but he never held any discussions.

“Well, I signed with Suzuki because in the end now it’s the team I want to be with, with the same people, same mechanics,” he added.

“For sure, when I go out [racing] I miss home, I miss my dogs, my girlfriend.

“But when I go racing it’s not difficult for me, because I have there [in Suzuki] my second family, the relationship is so nice.

“So, this is one thing. Another thing is because they are growing up for 2020.

“What I test in the pre-season was the things that I asked them to develop. So, I’m quite happy for this. We didn’t sit with any teams. I had more options, for sure.

Suzuki is expected to confirm Joan Mir’s contract renewal for the next two years imminently.