Rossi: Title fight only close because of Marquez crash

Valentino Rossi concedes the only reason the MotoGP title fight is so finely poised at the moment is because Marc Marquez crashed out of a commanding lead last weekend at Austin.

Marquez’s early exit from the Circuit of the Americas race – which marked his first-ever defeat at the Texan venue – opened the door for Alex Rins to win his first MotoGP race and Andrea Dovizioso, who finished fourth, to retake the lead in the standings.

Ducati rider Dovizioso has a three-point lead over Rossi, who was on course to assume the head of the points table until being passed for the win late on by Rins. Suzuki man Rins is third, a further two points back from Rossi and four ahead of Marquez.

But Rossi was eager to underline that, had Marquez taken a second win of the season at Austin, the Honda rider would already be some way ahead of the field.

“There are four riders with four different bikes in the first four places in the world championship, so it’s very even,” said Rossi. “The rules have made weekends very lively and sometimes it can be the case that one of the fastest riders is outside Q2, like what happened to Dovizioso [last weekend].

“This is good, but we must say that the situation is only so balanced because Marquez crashed. Otherwise Marquez would be out on his own in front.

Speaking about the championship, Marquez admitted his frustration at giving away so much ground at a track where he has never previously failed to come away with maximum points.

"If we have to take something positive, it’s that we are only nine points behind the leader,” said Marquez. “But it is annoying to have thrown away 25 points at a circuit where I feel so comfortable.”

Rossi’s back-to-back second place finishes at Argentina and Austin mirror his results in 2017, when he led the championship in the early stages.

The Italian said his improved form in comparison to last season demonstrates the major changes Yamaha made to its structure for 2019 are making a difference.

“I am very happy that something has changed, because in the last years this did not happen,” Rossi said. “If Yamaha is committed it has the potential to create a championship-winning bike.

“The big things they did in the winter worked, also because the engine is the right one. But during the season we must improve, like Honda and Ducati have in previous years.” 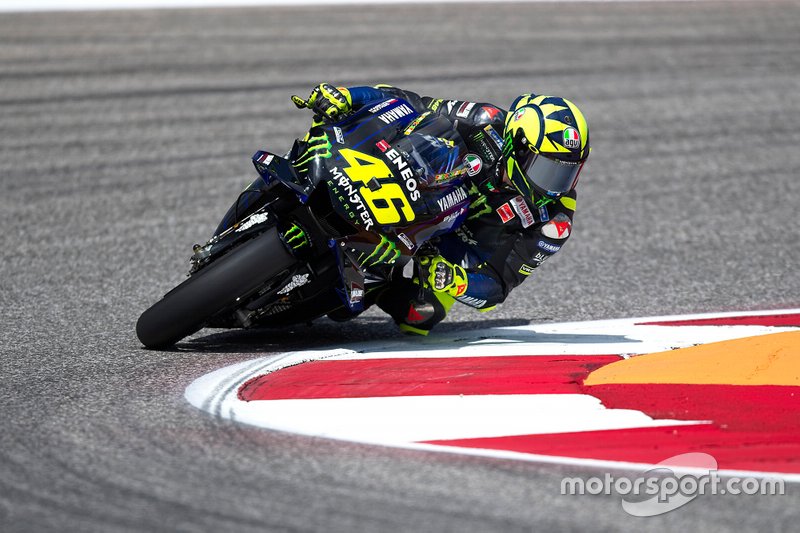 Can Rossi pull off his own Tiger Woods moment?

Insights with Rick Kelly: What it means to win Bathurst