Bowman on second consecutive runner-up finish: "We needed this" 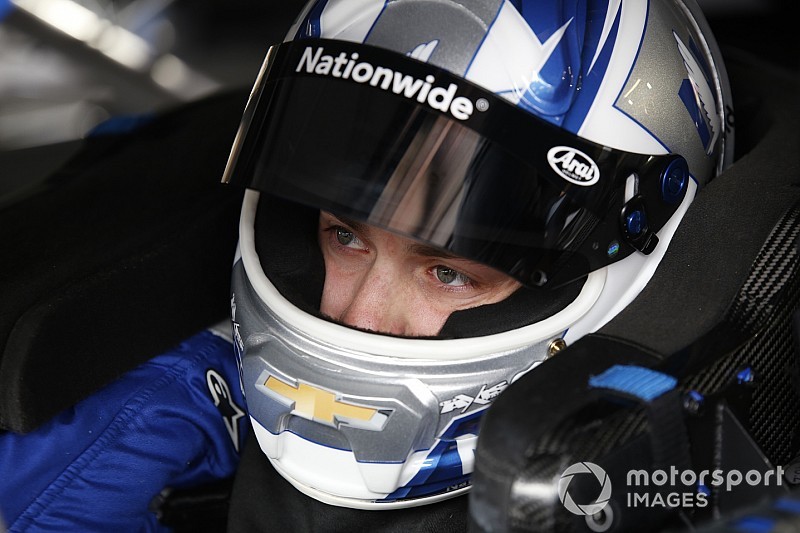 Alex Bowman matched a career-best Monday, placing second for the second consecutive race as he inches closer to that first Cup Series victory.

Alex Bowman has made 128 starts at the Cup level with no victories yet, but he's come within arm's reach of that elusive first win for the second straight week.

After placing second behind Hendrick Motorsports teammate Chase Elliott at Talladega Superspeedway, Bowman led laps and nearly won the second stage at Dover on Monday. Although he firmly held on to second throughout the final stage, he was no match for Martin Truex Jr. who won by nearly ten full seconds.

But for Bowman, the back-to-back second-place finishes is still something to celebrate.

"It would be better if we had a trophy, right? But, we needed this, for sure. Talladega is a speedway and it’s a lot of luck involved. But to come here to, in my opinion the hardest race track we go do, and run like that from the back of all things, was pretty special."

"I’m just proud of everybody at Hendrick Motorsports for all the improvement we’ve made over the last year or so and we’re going to keep it going.”

Bowman now sits 15th in the championship standings, but 2019 has been a hot and cold season so far for the No. 88 team. Before finishing second at both Talladega and Dover, he had no top-tens and zero laps led.

But it appears things might finally be turning around for the Hendrick organization as all four cars show slight signs of improvement.

"I’m still proud of (crew chief) Greg Ives and everybody on this No. 88 team," said Bowman. "We had a miserable start to the season and we did a really good job of resetting over the off-weekend. We’ve come out strong since then."

Kyle Busch: 'The (aero) package sucked. No question about it'