Bowman says he could have challenged Elliott without caution 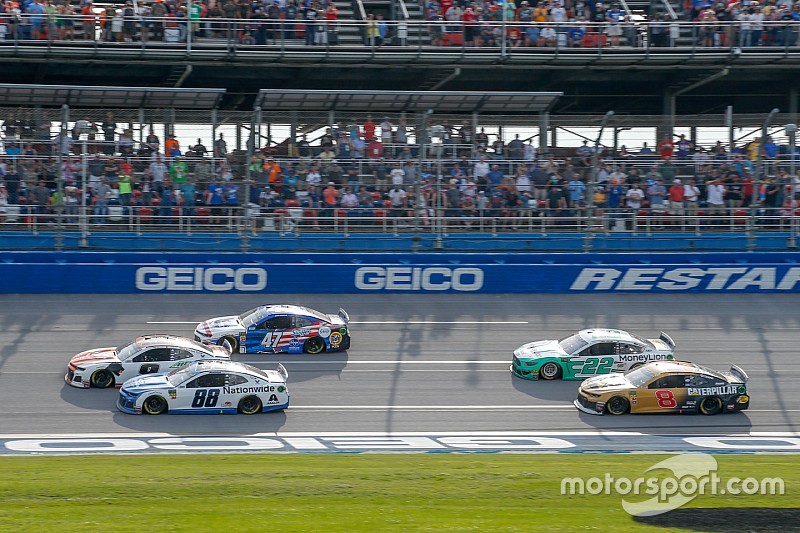 Alex Bowman was all fine with helping ensure a Chevrolet won Sunday’s Cup race at Talladega but that didn’t mean Chase Elliott was going to get a free pass to Victory Lane.

With three of 188 laps remaining in Sunday’s GEICO 500, Elliott moved into the lead and Bowman, his Hendrick Motorsports teammate, slid into second behind him.

The two worked feverishly to hold off the growing gang of contenders trying to run them down in the final laps but when it came to one lap to go, it appeared the race would be decided by the moves each of them made.

Unfortunately for Bowman, he never had the chance to challenge Elliott as a caution was displayed for debris on the track just as a violet multi-car wreck erupted on the backstretch.

That locked Elliott into the win and Bowman into a career-best second-place finish.

Asked if he stuck to Chevrolet’s plan, Bowman said, “There was no plan coming off of Turn 4. Big props to Chevrolet, everybody at Hendrick Motorsports. They brought great race cars here.

“We had a great Nationwide Chevy from the time we unloaded; showed a lot of speed. We all stuck to our plan and executed really well.”

Chevrolet teams had decided entering the weekend to make a concentrated effort to work more together during the race. Toyota and Ford had both utilized the “manufacturer-first” strategy and turned it into wins at both Daytona and Talladega.

Chevy drivers were gathered for a meeting on Saturday to reinforce the plan and for much of Sunday’s race, it worked well, especially during green-flag pit stops when they all pit as a group.

Regardless of the Chevy plan, Bowman said he was still formulating one of his own for the last lap.

“Who knows who is going to get to the line first? At that point I thought I could do it. Depends on the car behind you, where he goes. It would have been fun to try.”

Still, Bowman was happy to come away second after what has been a disappointing start to the 2019 season.

“I am glad to kind of turn the season around. It has been a rough start to the year,” he said. “These guys deserve way better than the finishes they’ve had. To come home second, it’s not a win, but we’re headed in the right direction.”