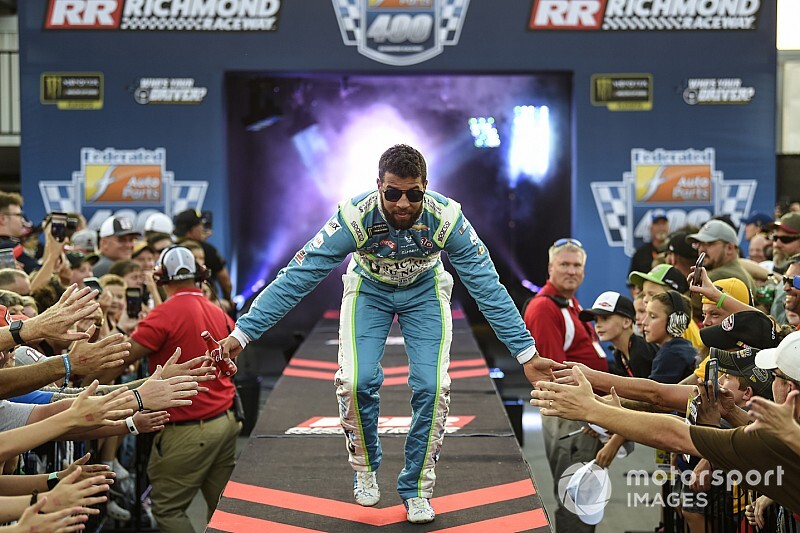 Social distancing has become the “new normal” since the coronavirus outbreak but NASCAR driver Bubba Wallace says the sport may need a form of it to continue in the future.

“Yeah, it’s tough. Obviously, just interacting with people, whether it’s pit crews, fans, whatever it is – we spread germs like no other,” Wallace said. “Before this pandemic, we were washing our hands and trying to be as clean as we could.

“But still, it’s crazy just how quick this spread and how quick the outbreak was, I think we’re going to be a lot more on top of things now.”

On March 16, NASCAR postponed all races through May 3 due to the COVID-19 outbreak and hoped to restart its season at Martinsville (Va.) Speedway on May 9.

However, that is now unlikely after the governor of Virginia on Monday issued a stay-at-home order that currently goes through June 10.

Prior to NASCAR enforcing its current hiatus, officials had intended to run the races at Homestead and at Atlanta Motor Speedway behind closed doors before ultimately scrapping the idea.

Just about all of the social distancing guidelines around world currently ask individuals to stay at least 6 feet apart when in public, wash your hands frequently, avoid touching your face and cover coughs and sneezes.

“The interactions (with fans) may decrease a little bit, which I think people understand that,” Wallace said. “We don’t want to shoo away anybody, but when you’re not feeling alright or something, we’ve got to do a better job of social distancing ourselves to not let this happen again.”

In the meantime, Wallace admits he’s had difficulty keeping busy while North Carolina remains under a stay-at-home order that currently runs through the end of April.

“Man, it’s been tough. I’ve been very, very bored. I’ve been getting a lot done around the house actually,” Wallace said. “Amanda (Carter, Wallace’s girlfriend) has been here and she’s been working; she has to work every day from home. So, from 8 a.m. to 5 p.m., she’s on the computer downstairs. She gets a little time away.

“In the last few days, we’ve been able to go out on walks throughout the neighborhood here. My allergies are really bad and it’s pollen season. I told her I’m not going outside again for like the next week; let me get through my allergies and we’ll be alright.

“Other than that, it’s a lot of time on iRacing. There are a bunch of different leagues that I’m joining in. I’m playing a lot of Call of Duty. I’m still kind of being a big kid at home. We stay at the house as much as possible. … Other than that, just trying not to go crazy.”