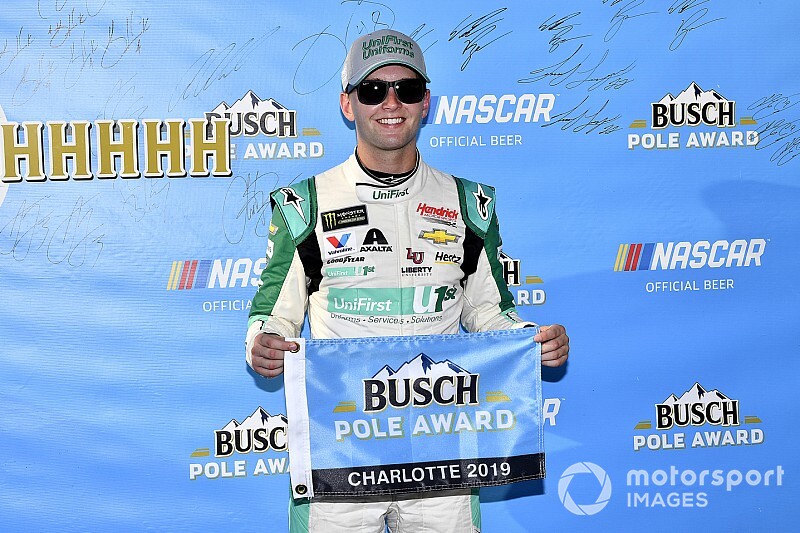 Whether oval or Roval, William Byron has been fast this season at Charlotte Motor Speedway.

Byron’s average lap speed of 103.198 mph in the final 10-minute session of group qualifying gave him the pole for Sunday’s Bank of America 400 on Charlotte’s 17-turn, 2.28-mile combination oval and infield road course.

Jimmie Johnson was fourth, giving HMS three of the top-five starting positions, and Clint Bowyer ended up fifth after missing the backstretch chicane on his first attempt in the final round.

The pole is the fifth of Byron’s NASCAR Cup Series career, all coming this season.

“The guys did a great job with this car. It really takes every corner getting around this race track to get a pole,” Byron said. “I knew we could qualify in the top-five but I was really wanting a pole and really kind of went out there and got it.

“Max (Papis) and I were out at the karting track on Monday and we took (crew chief) Chad (Knaus) out there with us and it helped. He did a good job.

“You know, road courses were a big struggle for me when I first started racing and I’ve progressively gotten better and I really enjoy them now. Now, it’s all about racing and it’s good to have two hometown poles – that’s pretty cool.”

Byron has started on the front row of all three road courses this season (he started second at both Sonoma and Watkins Glen).

Byron led a Chevrolet sweep of the top three positions in the first round with an average lap speed of 103.237 mph.

Also advancing to the final round were Bowman, Buescher, Logano, Harvick, Truex, Blaney and Menard.

About 13 minutes into the session, Elliott locked up his rear-tires in the frontstretch chicane and spun out but didn’t do any damage to his No. 9 Chevrolet.

Elliott ended up 19th-fastest in the session.