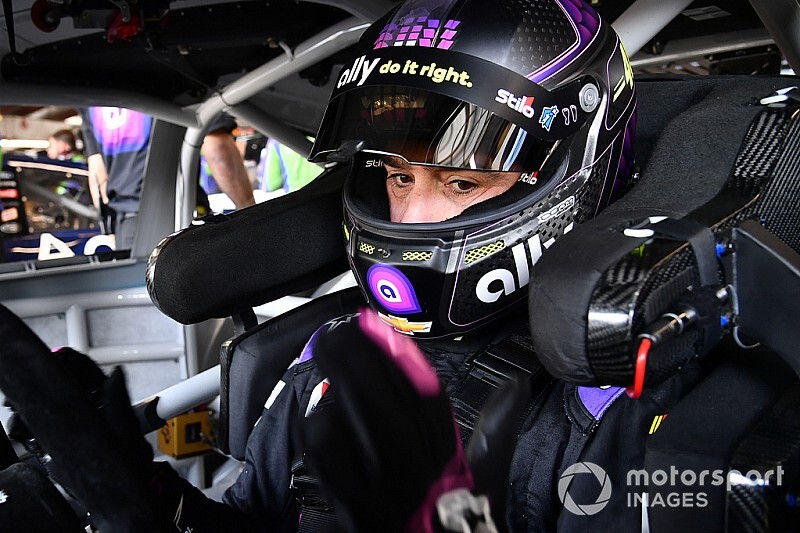 Johnson, who wrecked with Martin Truex Jr. battling for the lead on the last lap of last year’s Roval race, posted an average lap speed of 103.152 mph at the conclusion of the 50-minute session.

About nine minutes into the session, Parker Kligerman made contact with the Turn 1 wall to bring out a caution.

Kligerman’s team eventually decided to move to a backup car and he will have to start Sunday’s race from the rear of the field.

With 22 minutes in, Denny Hamlin spun off Turn 5 and slammed into the tire barrier doing extensive damage to his No. 11 Toyota. His team moved to a backup car which means Hamlin will also have to start Sunday’s race from the rear of the field.

“I just put us behind the eight-ball here,” Hamlin said. “It stinks but I think our backup car will be fine and we’ll have a good race on Sunday.”

Joe Nemechek hit the wall in the inner loop about 32 minutes into the session to bring out another caution. He was able to drive back to pit road.

With less than five minutes left in the session, Bubba Wallace spun through Turn 5 to bring out another caution.

McDowell was transported to a local hospital Friday morning suffering from abdominal pain.