Clint Bowyer: "Second is not bad for the way our weekend started" 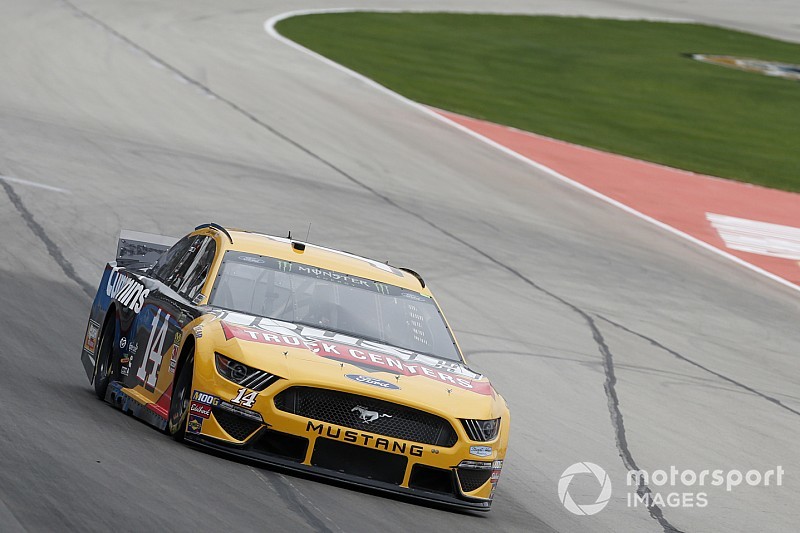 Clint Bowyer’s weekend at Texas Motor Speedway began with a rant but ended with a runner-up finish.

He still isn’t quite sure how it ended up that way, but Sunday’s result in the O’Reilly 500 was an immense improvement from Friday, when Bowyer was left disgusted and fuming after another bizarre qualifying session.

Bowyer’s No. 14 Ford got blocked in while attempting to begin his qualifying run Friday, despite rules enacted by NASCAR last week to prevent that very thing. Bowyer ended up qualifying 25th and failing to advance out of the first round.

Bowyer was none-too-pleased with the result and didn’t hold back with his displeasure in a TV interview.

Still, he managed to rally in Sunday’s race. He finished 15th at the end of Stage 1, was 11th in Stage 2 and through the 164 laps of the final stage, his No. 14 Ford appeared to gain speed.

After the final round of green-flag pit stops that concluded on Lap 322 of 500, Bowyer found himself running second to leader Denny Hamlin.

Bowyer was never able to close the gap to Hamlin before the finish, but the second-place effort was a nice shot in the arm.

Asked after the race how he felt, Bowyer said, “Unclogged. We definitely unclogged ourselves from qualifying. All in all, our car handled good. It wasn’t lightning fast all day long, but as they started slip sliding around and struggling we’d kind of prevail on those long runs. That was our M.O.

“I’m really happy to finish where we were. What a wild race. Just about the time you think you’re going to have some stage points the caution would come out and then you thought you were back in it and it happened again. Then you’re like, ‘Well, damn. What kind of haymakers are going to be thrown at the end?’ and it just didn’t.”

Bowyer said anytime he finishes second, his first thoughts are on what he could have done better or different to gain that extra position. But he wasn’t sure there was a good answer on Sunday.

“When (Hamlin) came out of the pits that far ahead of us I was like, ‘We’re in big trouble,’ ” he said. “But second is not bad for the way our weekend started.”