Texas Motor Speedway turned out to be an uncharacteristic case of role reversal for Team Penske. 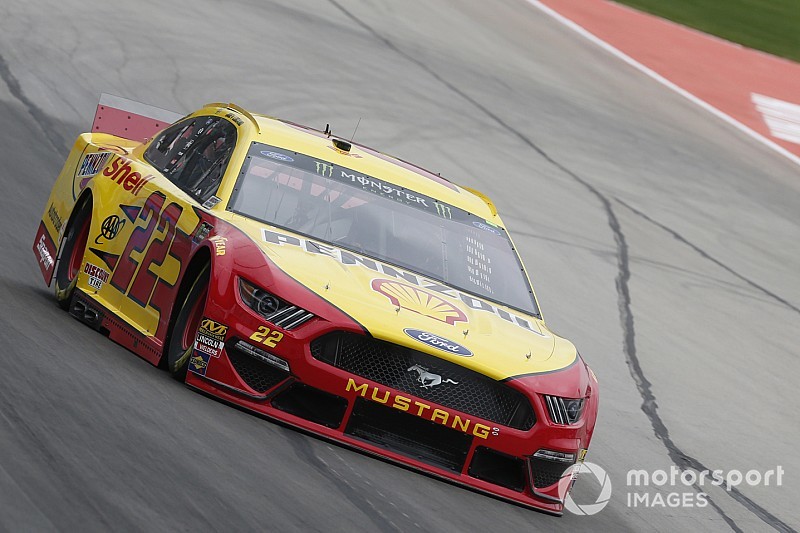 A week after one of its most solid performances of the season at Martinsville (Va.) Speedway, Penske’s best effort at Texas was a difficult 17th-place finish by Joey Logano.

At Martinsville, Brad Keselowski won the race and led 446 of 500 laps while teammate Ryan Blaney finished fourth. Sunday at Texas, they ended up 36th and 37th, respectively.

Keselowski appeared to have a car that couple compete for the win Sunday but in Stage 2 he suddenly discovered he’d lost power to his rear wheels and coasted to pit road. He was forced to the garage for more than 50 laps.

“Something broke out of nowhere,” Keselowski said. “We weren’t going very fast or anything and something in the back of the car broke and it won’t go. It’s one of those really important parts as Kenny Schrader would say.”

Keselowski ultimately returned to the race but finished 36th.

Blaney was also in contention for the win and after electing not to pit like some others between Stages 2 and 3, he started the final stage with the race lead.

Blaney made a green-flag pit stop on Lap 218 of 334 but on Lap 227 began pouring from his No. 12 Ford and he immediately took his car down pit road where his crew went to work under the hood.

“A part broke off and leaked all the water out, so that’s the way it goes,” he said. “It just seems that’s the way this season is going. We’ve had a shot to win pretty much every race and something happens.

“That’s getting old, but the car is fast. That’s the bright side, but I’m kind of tired of looking at the bright side. I want to actually start finishing where we should.”

Logano also had a fast No. 22 Ford but he fell victim to a penalty for an uncontrolled tire during a pit stop on Lap 156. Shortly thereafter, a brace securing the hood of his car broke which required another pit stop. It also came with another penalty, this time for too many crew members over the wall.

He ended up finishing 17th.

“Something came apart in the bracing underneath the hood, I believe, and then the hood started flaring all over the place,” Logano said. “The hood was going to blow off the car if we didn’t get a caution, so we were able to fix it but went down a lap and there weren’t enough cautions to ever get the ‘lucky dog’.

“We rode around in the ‘lucky dog’ spot for a while, but never got that. I was proud of the speed that was in the car. Our car was capable of winning the race but didn’t have the opportunity to take advantage of it.”

Kyle Busch: Car "just snapped on me" before wall contact

Clint Bowyer: "Second is not bad for the way our weekend started"