Erik Jones: "We know we can win a race" 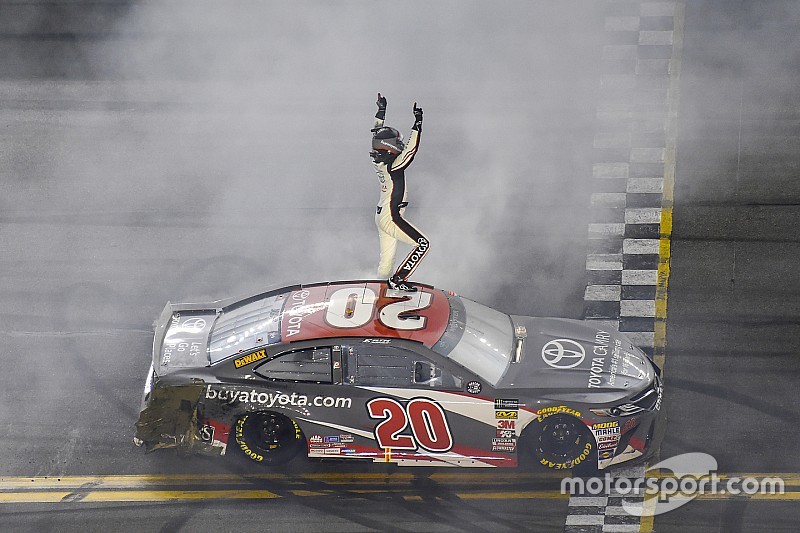 Erik Jones remains the only Joe Gibbs Racing driver without a win this season and the only one in danger of missing the playoffs.

Jones, however, believes he has a perfect opportunity this weekend to change both.

Jones’ first Monster Energy NASCAR Cup Series victory came at Daytona International Speedway in this race one year ago, which locked him in the playoffs and help produce a solid sophomore season.

Entering Saturday night’s Coke Zero Sugar 400, Jones is the first driver outside the 16-driver playoff grid based on points.

Jones’ season has been up-and-down. He has three third-place finishes but has also finished 29th or worse four times, including getting caught up in an early wreck in the Coca-Cola 600.

“Some of what has happened has been our own fault. Phoenix, we had a loose wheel to start the race, blow a tire, get in the wall, ruins our day. Charlotte, we blow a right front; whether that is our fault or not, I don’t know,” Jones said.

“There is Bristol, loose wheel, go three laps down. There have been so many races where you take yourself out it. That’s what you can’t do in this sport and try to make the playoffs.”

A repeat victory at Daytona would ensure he would join his JGR teammates in the playoffs, but he will also take an invite gaining entry through points – something he and crew chief Chris Gayle have discussed quite a bit.

“I think for us our goal is 30 points a race. That’s about a seventh-place finish. If we can do that every week, we will easily point our way in without a win,” he said. “We know we can win a race.

“We have a lot of good tracks coming up here. Kentucky is good to us, and a few more along the way, going back to Bristol. If we can continue to crank out that 30 points a race, guys will make mistakes, and we will keep pointing our way up there.

“Really our year, we have missed out on so many stage points. It has killed us. Just some things that we could have done a little better and earned more points in some races.”

Jones has been a strong superspeedway racer in his relatively brief Cup series career and one of his third-place runs this season came in the season-opening Daytona 500.

Saturday night’s race at Daytona, however, is the first race at the track with NASCAR’s new aero package, which may change the racing on the track.

“Early in my career, (superspeedway racing) drove me crazy because I wasn’t very good at it. I didn’t understand it. I felt like I was always the victim,” Jones said. “As much of it that is out of your control, it is also in your control.

“Just knowing better, situationally, becoming more aware on superspeedways on what situations you don’t want to be in. It helped me a lot. I learned more about the draft, how to position yourself, where you need to be at certain points of the race.

Learning all those things have helped me enjoy it more. Learning more about it and having to figure out how to be better at it. I don’t think any driver likes things they aren’t good at. Eventually, I have really come to enjoy it.”

Logano will start on pole at Daytona after qualifying cancelled