Hamlin ready for return to real racing "under a microscope"

All eyes will be on NASCAR’s return to real racing in one week and driver Denny Hamlin believes the sport and his fellow competitors are ready to do it “in the right way.” 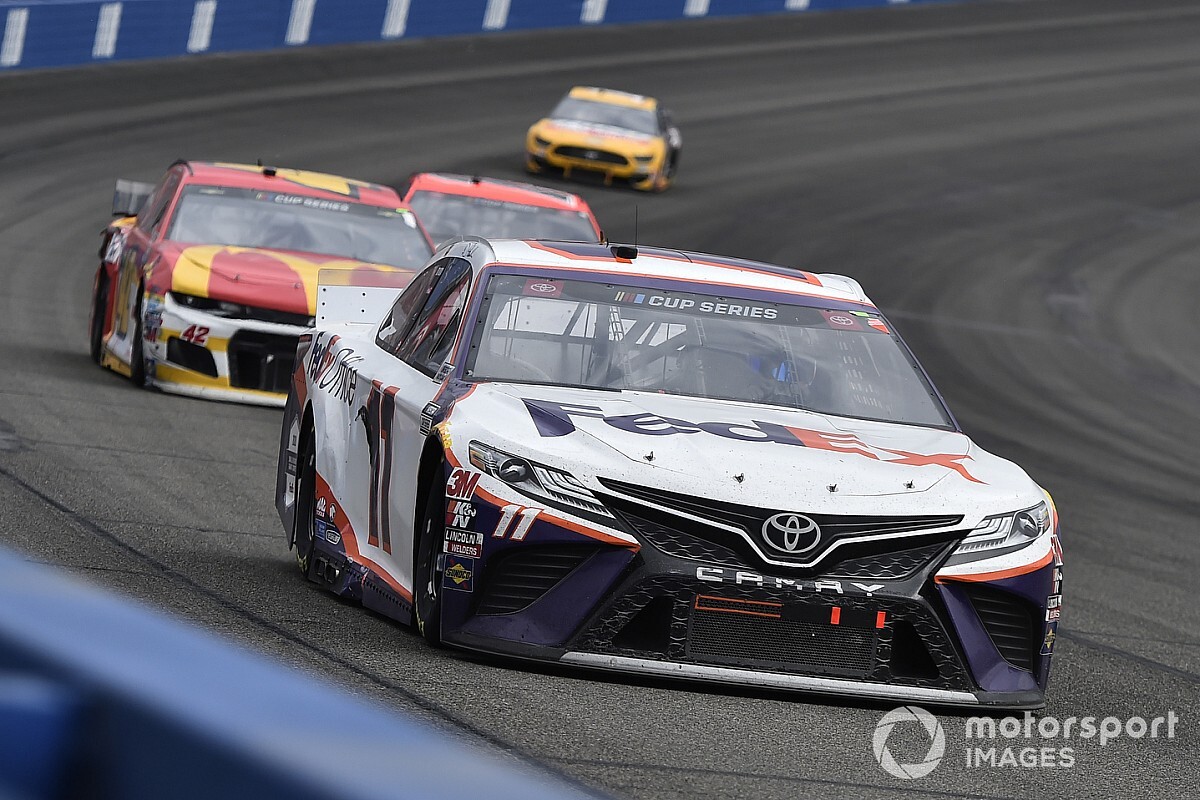 The NASCAR Cup Series will be the first major professional sport in the United States to return to live action next Sunday afternoon, with a 400-mile race at Darlington (S.C.) Raceway.

The World of Outlaws sprint cars held a special race Friday night in Knoxville, Iowa, without fans, which appeared to go off without any serious issues.

NASCAR has not held a live event since March 8 at Phoenix Raceway due to the COVID-19 pandemic and its races for the foreseeable future will be conducted without fans in attendance and under strict socially distancing guidelines.

For the first two weeks, the races will all be one-day events with no practice or qualifying, except for the May 24 Coca-Cola 600 Cup race, which will have an afternoon qualifying session.

Hamlin, who won Sunday’s eNASCAR Pro Invitational Series race at the virtual North Wilkesboro Speedway, knows the return to racing will be different but believes drivers and teams are ready to meet the challenge.

“To me, when we go to California, Atlanta, whatever the second race of the season is, that is always the nervous moment I have. I usually don’t race anything in the off-season, don’t do any testing,” Hamlin said comparing the restart of this season to the start of a new one.

“It’s difficult to be able to trust yourself and your instincts you know what you’re doing barreling off into Turn 1 at the proper speed. The good news is now that we know all these guys have got (sim) rigs. I guarantee all of them will be on iRacing at some point out there making laps at Darlington just to get re-acclimated.”

Hamlin said the biggest question mark in his mind is the “unknowns” associated with the medical protocols that will be put in place.

“You can read about them all you want. We also heard through the teleconference we had with NASCAR about the protocols,” he said. “But making sure you’re doing everything exactly the way that they want it.

“Obviously, there will be a huge microscope on how we’re doing things, making sure it’s done in a safe manner. For all of us, it’s just the unknown of making sure we’re doing it the right way.

“After the first week I think it will be easier and people will have a better understanding. Certainly the first week there will be some questions that I’m sure drivers will have.”

When it comes to the actual competition getting underway, Hamlin believes there will be a “slow-go” approach even though with no one having been in a race car in over two months, one might think drivers could tempted to quickly release their pent up frustrations.

“I envision people are going to be pretty timid, at least for the first few laps, just trying to understand, checking your travels. There’s plenty of times where these things unload, the cars are hitting the race track (and) you’re not ready to be in a pack quite yet. That will certainly be different,” Hamlin said.

“But we do have the data from last year. I think everyone is going to be pretty confident going into Turn 1 that the travels are right. I’m sure the crew chiefs are going to be very conservative with their travels to make sure the car doesn’t hit the race track on the first run.

“I think all in all it’s going to be like an old shoe. I don’t think from the TV’s perspective fans will see anything different than just a normal race that they would normally see at Darlington.