Once a title favorite, Hamlin's championship hopes in doubt 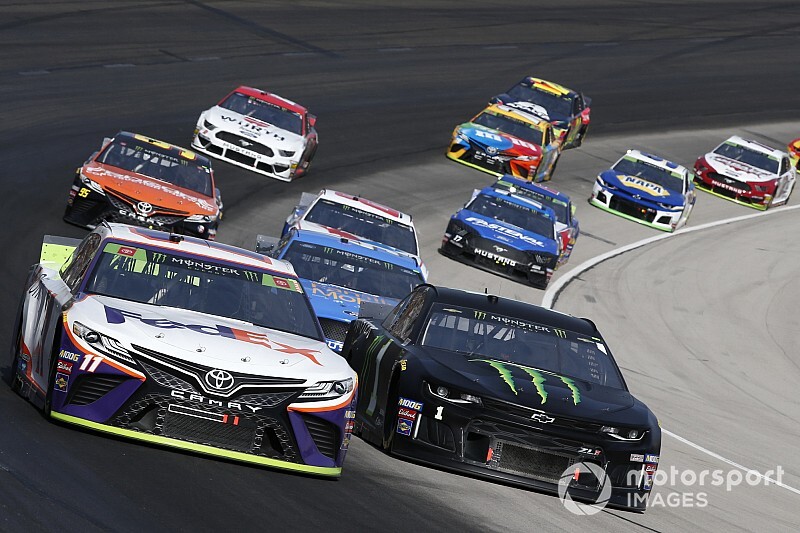 Once considered a championship favorite, Denny Hamlin will now have to rally just to make the title race at Homestead.

When Denny Hamlin won at Kansas Speedway two weeks ago, it appeared to help set up what could be the biggest season of his NASCAR Cup Series career.

The semifinal round of the playoffs featured its first two races at Martinsville (Va.) Speedway (one of the best tracks in his career) and Texas Motor Speedway, where he won this spring.

He won the pole at Martinsville but ended up fourth. But he entered Texas with five wins this season and was ranked second in points. He still appeared in good position to make the final four and the chance for his first series championship.

But on Sunday at Texas, disaster struck.

Hamlin spun off Turn 4 on Lap 80 of 334 and slid into the infield grass to bring out a caution near the conclusion of Stage 1. His No. 11 Toyota suffered a significant amount of damage from the incident.

“Just got up in that stuff (traction compound) before it was really broke in. Just lost control. That’s all there is to it,” Hamlin said of the incident. Proud of the whole team for putting their best effort forward so we could be there at the end.

“Did the best we could and we’ll go to Phoenix and try to win.”

Hamlin ended up finishing 28th Sunday and six laps down. He was actually in worse condition right after the incident but made up a handful of positions on the track through attrition and pit stops by remaining in the race to the end.

But entering next weekend’s semifinal race at ISM Raceway near Phoenix, Hamlin has dropped from second to sixth in the standings among the eight playoff drivers.

Two are locked into the final four – Martin Truex Jr. and Kevin Harvick – with wins – and two slots remain open and will be filled by the outcome of next Sunday’s race.

Hamlin will enter the race 20 points behind Joey Logano, who currently occupies the fourth position. Of course a victory at Phoenix would lock Hamlin in the final – his preferred option.

“The car and the effort will be there, that’s for sure. There’s no doubt in my mind that we can go there and win,” Hamlin said. “In these circumstances, I like the challenge.

“We’re going to go out there and give it our best shot and put our best foot forward and see if we can’t get a win next week.”

Kyle Busch: Logano is "who we’re racing" at Phoenix