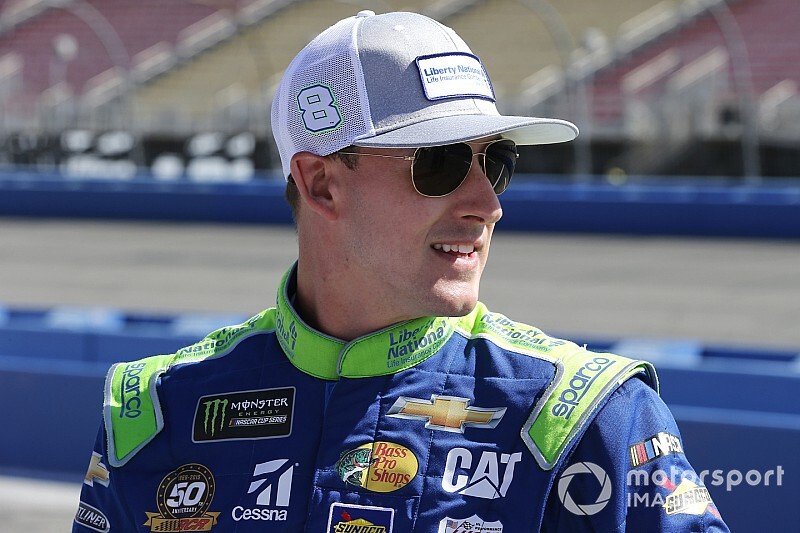 Daniel Hemric doesn’t know his next stop in NASCAR but has been “blown away” by the support he’s received over the past week.

On Tuesday, Richard Childress Racing announced it was releasing Hemric from its No. 8 Chevrolet following the conclusion of the 2019 season. This was Hemric’s rookie season in the Cup Series.

Hemric, 28, said the biggest feeling he experienced once he was notified was disappointment.

“I wouldn’t say I was necessarily shocked but on the other side of it I was hoping to we could continue to build on what we’ve done the past six months,” Hemric said Friday at Richmond (Va.) Raceway.

“As a whole we know we weren’t where we needed to be but as a whole at RCR we’ve made huge strides. That part of it was a little disappointing that we wouldn’t be able to continue to build and I’m not going to be a part of that process.

“But things happen, life happens, and the sun comes up the next day and you try again.”

Through 27 races, Hemric had one top-five and two top-10 finishes with career-best fifth at Talladega, Ala., in the spring. Neither of RCR’s Cup teams has won a race this season.

If there is a positive this week, Hemric said it’s been the vocal support he’s received fellow competitors.

“I’ve been very blown away by the support and it’s very humbling to hear from, not only people inside the industry, but your peers and the guys you race with on the race track,” he said. “To have some of the stars of the sport reach out with their gratitude and praise for what they feel like you’re doing on and off the race track.

“Those are the guys who really see you in the heat of the moment. To have everyone on that side support me like they have, I think that’s led to a lot of phone calls and a lot of conversations with a lot of race teams over the last week.

“Because of that, I’m thankful.”

Hemric said he is open to any and all possibilities in NASCAR, even taking quality rides in Xfinity or the Truck series.

“I just want to race. The best thing for the soul is to get back into a race car. I’m just thankful I’ve already had opportunities come up and people reach out and contact me about driving a race car,” Hemric said.

“I don’t care what it is, I’m going to do it and do it at a high level and put myself in position to win races. I just know that whatever the opportunity is, I’ll jump in it and continue to build whatever the program is I end up in and hopefully be a part of it down the road.

“I want to make my next move a big one.”