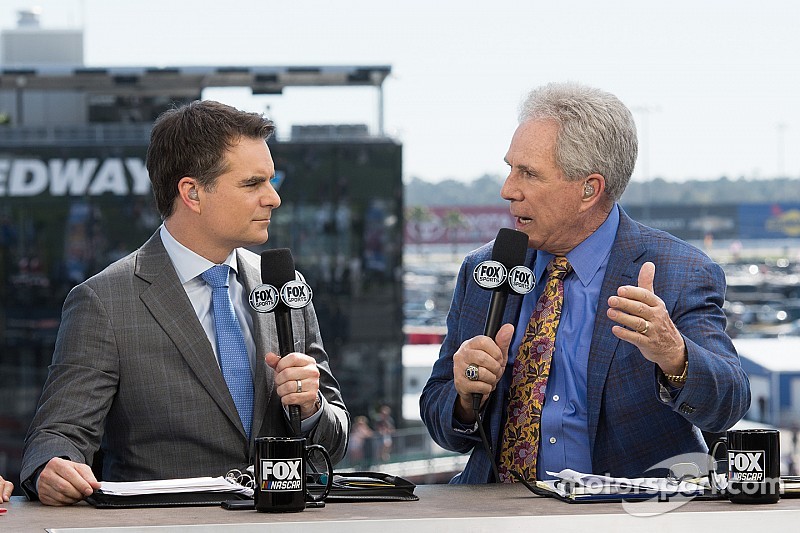 The four time Cup series champion, who will be inducted into the NASCAR Hall of Fame next month, has agreed to a new multi-year deal as a race analyst with Fox Sports. Gordon’s first TV contract went through the 2018 season.

“It was a ‘no-brainer’ for me, even more so this time around,” Gordon, 47, told Motorsport.com. “The first time, I didn’t exactly know what I was getting myself into. I didn’t know whether I was going to be any good at it, if I was going to enjoy it.

“It has some similarities to it yet without all the risk. The risk now is going on to social media after the race.”

“I’ve always been one of my own strongest critics, and I’m pretty open and honest about things like that,” he said. “But I’ve enjoyed it so much that I was hoping Fox would want a new contract and luckily it worked out to do that.”

There has been much speculation this past season whether Gordon may step away from his TV role and soon transition to a larger role in the front office of Hendrick Motorsports.

Gordon said those discussions with team owner Rick Hendrick occurred before he retired and continue today but there remains no firm timetable.

“I think that there may be that role in the future, I think it’s probably very likely,” Gordon said. “But it’s trying to find out when that timing is going to be right for Rick and myself.

“Quite frankly, we had conversations before I retired about what the next few years after driving would look like and actually – he probably regrets it a little bit now – but I took his advice. He thought doing TV would be a good thing and I would probably do a good job at it.

“Now, I’m enjoying it more than I even thought I would and that’s why I’m going to continue on. It’s been a pretty good balance. It gives me a great opportunity to work as well as spend time with my family.

“Right now, I’m pretty happy with the way it is.”

Transition to the booth

Prior to his role as a fulltime Fox NASCAR analyst, Gordon served as a race analyst for Fox Sports’ coverage of three Xfinity Series in 2015. His move to the Fox booth furthered a career in which his affability and crossover appeal provided him numerous high-profile television and movie opportunities in addition to his record-setting driving career.

Gordon has also benefited from working with a consistent group since arriving at Fox, something not always possible in broadcasting.

For Gordon’s first three seasons in the broadcast booth – and again this year – he has worked alongside play-by-play announcer Mike Joy and analyst and fellow Hall of Famer Darrell Waltrip. Longtime Fox NASCAR analyst Larry McReynolds has served as an additional race analyst with the trio during Gordon’s tenure.

“They’ve become like family to me,” Gordon said. “I’ve really enjoyed working with them. I saw DW a few weeks ago and had that little snicker and smile on his face and I had the same thing.

“Mike is just an incredible professional and I’ve learned a ton from him. Our producer helps run the TV broadcast, but Mike helps run the show and he’s so good at it. We have an awesome team, whether it’s on ‘Race Hub’ or at the track.”

"Everything" has changed for Daniel Suarez in 2019