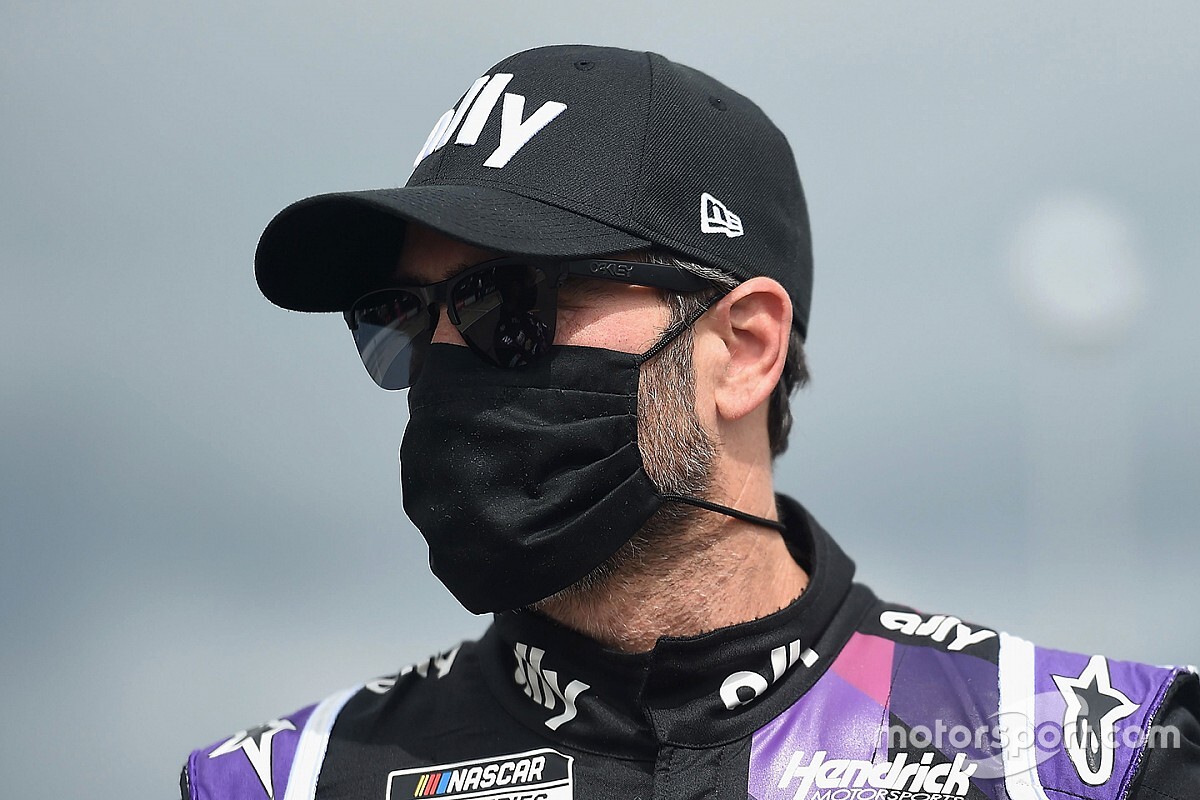 Jimmie Johnson went through a wide gamut of emotions after his COVID-19 diagnosis and even considered not watching last Sunday’s Brickyard 400.

It was the first race the seven-time Cup Series champion has missed after a streak of 663 consecutive starts.

But following consecutive negative test results this past Monday and again on Tuesday – and still showing no symptoms – he was cleared by his doctor to resume competition this Sunday at Kentucky Speedway.

Johnson said he has tried to avoid the speculation game of whether his first test was a false negative or that he had simply had the virus for a while before he got tested.

But his initial reaction when receiving his first negative test result was anger.

“I used every cuss word I knew of, and then I think invented a few new ones,” Johnson said Friday. “It was just so weird, the anger, because I’ve been asymptomatic, so anger hits and then speculation in my mind, and it’s like, ‘Wait a second, nothing good can come of this. I don’t know, no one knows — just time to move on.’

“Then I got very excited and started looking at the fact that I’ve only missed one race, I’ve still got a good gap above the cutline (for the playoffs), and then optimism about, ‘Man, I hope I get that second negative,’ and then I did.”

Johnson, 44, said he had a difficult time initially coming to terms that he would not be racing last Sunday, particularly in a race that has played such a large part in his career and its success.

“I joined the team call about an hour, hour-and-a-half before race and I was able to hear the voices of my crew guys, give them a shot in the arm and being involved in that team moment, it’s crazy how it relaxed me.

“I was convinced I was just going to watch the race. I mean, I can’t do it. But having that moment to talk to Cliff (Daniels, crew chief), talk to all the guys, Justin (Allgaier, relief driver) was on the call and hearing the words he said to the team, it let a lot of that go and I actually watched the race.

“Sadly, it didn’t last long with the No. 48 team’s issue on pit road. It was crazy to run through that peak and then sit down and actually watch the race.”

Johnson received a medical waiver from NASCAR for missing the Brickyard 400 so he could use a victory to make the playoffs, but he remains in the top 16 in points, which would also allow him to make the field without a win.

He said he’s chosen to take an optimistic view on the rest of his final fulltime season.

“I feel like I’m more on the optimistic side of things and out of the dark headspace I was in, and just moving in the right direction and looking forward,” Johnson said.

“I feel like I’m a smarter, stronger person today experiencing all this. Clearly extremely happy to be reinstated and ready to be back with my race team and that race car.”