Harvick opens up on winless streak: “I’m beyond all the frustration” 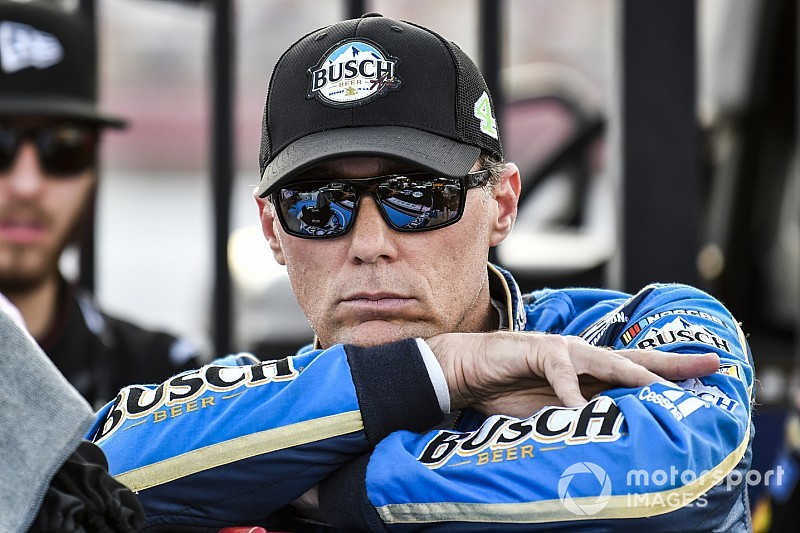 Stewart-Haas Racing’s Monster Energy NASCAR Cup Series star Kevin Harvick has spoken out about his team’s winless streak this season, and admits “we just chose the wrong direction to start the year”.

“I am beyond all the frustration,” said Harvick. “To me it is now a challenge just because I feel like this is very similar to 2014 and 2017. I can see the progression in the speed of the cars and the things we have done and honestly we just chose the wrong direction to start the year.

“Our cars weren’t where they needed to be and everyone realizes that as a company. We had some situations where we were in position to win some races and had some things go wrong, whether it was my team or the 14 [Bowyer]. In the end, our cars just weren’t fast enough.

“I think everybody has kept his head down and is looking at it as a challenge now. Aside from the second half of the Charlotte race, I think over the last month or so the cars are headed in the right direction. Aric had a great test at Indianapolis and that is really the benefit of having quality teammates and people who communicate and an organization like we have with Gene [Haas] and Tony [Stewart] letting the racers go race. Sometimes that overrules the engineering.

“Not saying that our engineering guys did anything wrong, but it was just the direction wasn’t right to be able to do the things we are doing on the racetrack in the cars in real-life scenarios that are being covered with what we are doing on the track. That is what really tells the tale.

“We are all pulling the rope in the right direction now and feel like we have made some good gains. This is part of that challenge that is a cycle. I have talked about this for years – you have to build, you have to rebuild, build and rebuild. You are on the good side of it and the bad side of it and it all has a funny way of cycling itself through.”

Harvick’s only Cup win this year was the Daytona Duel qualifying race, and despite three poles positions his best finish has been fourth on no less than five occasions. A strong run at Pocono was ruined by a steering box failure, and he had the fastest car in the All-Star Race in May but his bid for victory was hampered by pit stop issues.

“It is a resilient group of people who continue to set aside the frustrations and look forward,” he said. “We were all frustrated at Pocono because we were in a position to win the race. It is hard to put your thumb on everything and know when steering boxes are going to break. I know we had a pit-road penalty but they had a phenomenal day on pit road. There were just a number of things that piled onto one stop there.”

Despite his frustration, Harvick sees light at the end of the tunnel – and plans to put together the kind of run at the end of this season that took Logano to the title in 2018.

He added: “At this point, in these types of situations for me, they are almost more fun than winning all the time because you get to talk about things and live that frustration and go through those scenarios and, in the end sometimes, it makes you stronger at the end of those seasons to be where you need to be as we saw with the 22 [Logano] last year.

“They were nowhere in sight at the beginning of the year and they finished as the champs. Winning is easy because it means everything is right. You get to get gritty when it is not 100-percent going your way.”