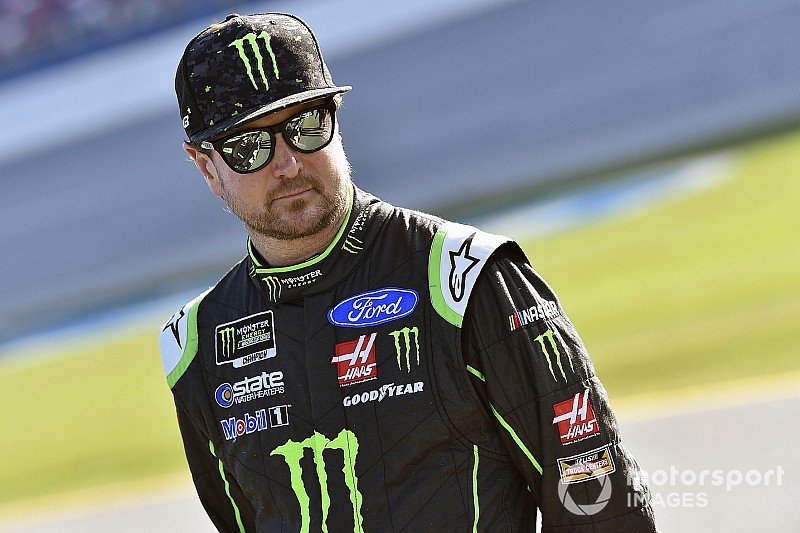 Kurt Busch will make his debut as a TV broadcaster this weekend, something he hopes to do more of in the future.

Busch dipped his toes into the broadcasting waters during the recent Truck race at Talladega (Ala.) Superspeedway, serving as a turn announcer for Motor Racing Network.

“It’s definitely a transitional time in our sport right now with the way everybody gets their information and how they are educated,” Busch said. “I’m happy for the opportunity Fox has given me to enlighten people about our sport.

“I feel the nerves of it. This is exciting for me to go into the booth and have the ability to teach people about Martinsville, the Trucks, the playoffs.”

Busch, who remains in contention for the Monster Energy NASCAR Cup Series championship this season, is a two-time winner in the Cup series at Martinsville.

Even though he has plenty of experience on the track, Busch has still been “cramming” for his broadcasting debut.

“It’s a new world of things I’m seeing that are very parallel to what I’ve done over the last 20 years, which is to provide the broadcast and our friends at Fox the chance to put the very best show on for our fans to enjoy,” Busch said.

“Being a racer, I like this new challenge and I’m going to have some fun with it. The biggest thing is to make sure the audience appreciates what you are trying to deliver. You can’t force it. It has to be natural.

“I don’t know where it will all blend in as the next few months or few years all come together, but as far as the five-year-plan, I definitely see myself wearing more suits with ties than I do suits with logos.”