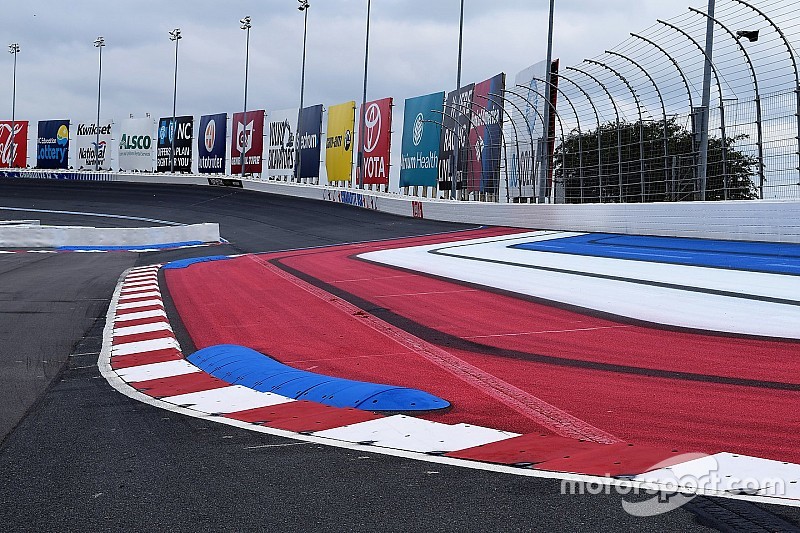 Leading NASCAR Cup series drivers believe the Charlotte Roval's debut will be “wild”, and Stewart-Haas Racing's Kurt Busch reckons it would be better to qualify last than in the midfield.

The Roval incorporates most of Charlotte's oval circuit and the infield section and is set to be the deciding race of the Round of 16 playoffs.

There has been testing at the Roval, which had to have its backstretch chicane modified to prevent drivers carrying too much speed in the infield by corner cutting.

“You've got to be prepared for everything from transmissions to tyre wear and the engine,” said Busch. “You've just got to roll with it and see what happens.

"Braking is going to be important to not overshoot the corner and make simple mistakes. It's going to be pretty wild.

“You want to be up front and staying away from the possibilities of trouble from the midfield. I hope we qualify up front and get the stage points that we need, but if we don't, I'd like to start last going into Turn 1 to stay out of the 20s.”

Busch's SHR team-mate Aric Almirola added that drivers were "nervous" about racing on the Roval.

“We're all going into it with no real experience there. It's an unknown and all of the drivers are a little nervous about it. For the fans, the most exciting part is the track's narrow and low on grip, so it's a bit sketchy.

Survival of the fittest

Seven-time NASCAR Cup champion Jimmie Johnson was one of several to suggest that just completing the race would the main target.

“Surviving is going to be the biggest thing,” said Johnson. “There's so many places you can make mistakes. It's going to be a true wild-card race. We all look at Talladega as one but now Charlotte's becoming one. For our fans to be able to sit in the stands and watch us turn left and right is going to be different.

“Having a road course where you can see it all is something that's probably never happened in the highest levels of auto racing.

“The likelihood of there being contact between second place and first, late in the race, is very high there. At Talladega, you can fall back, hope for the best, get some decent track position and a decent finish if you just survive. I don't think we'll have that luxury here.”

Team Penske’s Joey Logano added:  “As many cars that got torn up in testing, that makes me think there's going to be a lot in the race as well. But sometimes I say that and the race is normal.

“People think a race is crazy and so they go into 'survival mode.'”

Take a virtual lap around the Charlotte Roval with the No. 78 Toyota Camry of Martin Truex Jr., courtesy of NASCAR Heat 3, which you can order now:

Charlotte Roval a “recipe for disaster” for playoff contenders – Burton

Steve Phelps will "roll up the sleeves" to face NASCAR's challenges