Kamui Kobayashi says the crash that cost him half a day of running on the first day of Super Formula testing at Fuji was a result of pushing too hard and too early on cold tyres.

The pre-season running for Japan’s premier single-seater series began at a cold Fuji Speedway on Tuesday, two weeks after the previous test at Suzuka was postponed.

With track temperatures staying low throughout the morning, Kobayashi lost control of his Toyota-powered KCMG car at Turn 2, minutes after the session had resumed after an earlier off for Super Formula rookie Tatiana Calderon.

The damage incurred to Kobayashi’s car was significant and the Japanese driver was forced to miss the rest of the morning session as the Hong Kong-based team conducted repair work on the #7 SF19.

When asked about the incident, Kobayashi told Motorsport.com: “Nothing [to explain]. I just accelerated, I just spin and I crashed. Shit happens.

"It’s so hard with these tyres, and quite lot of power, with cold tyres… it’s very hard.

“But yeah, in the afternoon we did some decent set-up changes, try to understand the car. I think we’re ok, it’s not brilliant for us, to try and rebuild the car, understand more…”

After sitting on the sidelines for the rest of the first session, Kobayashi returned to the track in the afternoon, completing 47 further laps to end up 13th in the day’s classification, a second off the pace-setting Impul car of Ryo Hirakawa.

“Yeah, but I didn’t use new tyres at the end,” Kobayashi said when asked about the afternoon session. "It’s hard to judge.

“Still, I’m not really happy with the car. We need to find a way. We know what the problems are, we need to improve.”

KCMG has expanded to a two-car setup for the first time in its brief history in Super Formula, with 2016 champion Yuji Kunimoto joining team incumbent Kobayashi.

Kunimoto was classified 15th on the first day of the test, a tenth adrift of Kobayashi’s best time of 1m21.709s.

“We can split set-up, we can develop the car at double speed, even more than double speed actually,” Kobayashi explained. "It’s really good.

Asked if there were any downsides from the addition of a second car, Kobayashi replied: “Nothing at all, it’s really good.” 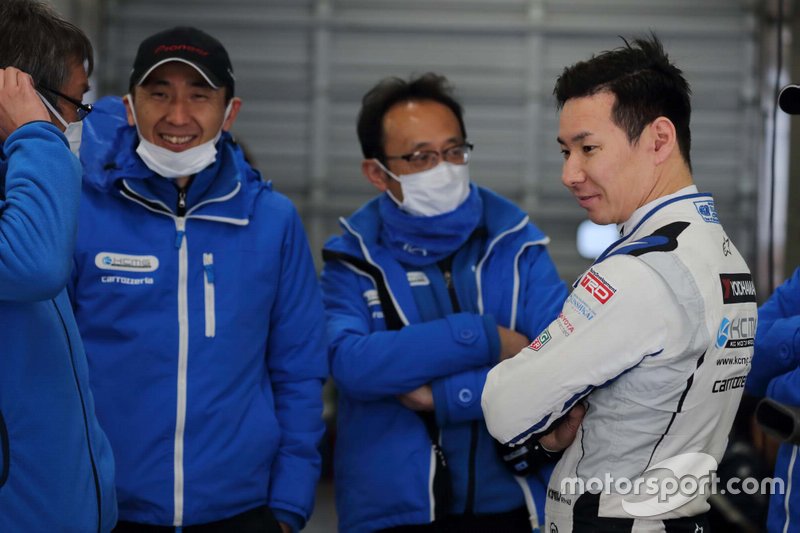 Ex-Formula 1 racer Roberto Merhi will contest next week’s final round of the Super Formula Lights season at Okayama as he targets a drive in Super Formula for 2023.

Sasahara sure he should have been part of title fight

Team Mugen driver Ukyo Sasahara is convinced he would have been part of this year's Super Formula title battle without some of the bad luck he has encountered this season.

The fact that new Nissan Formula E signing Sacha Fenestraz is pushing to stay in Japan next season is great news for fans of Super Formula and SUPER GT, even if calendar clashes mean he won't be contending for either title next year.