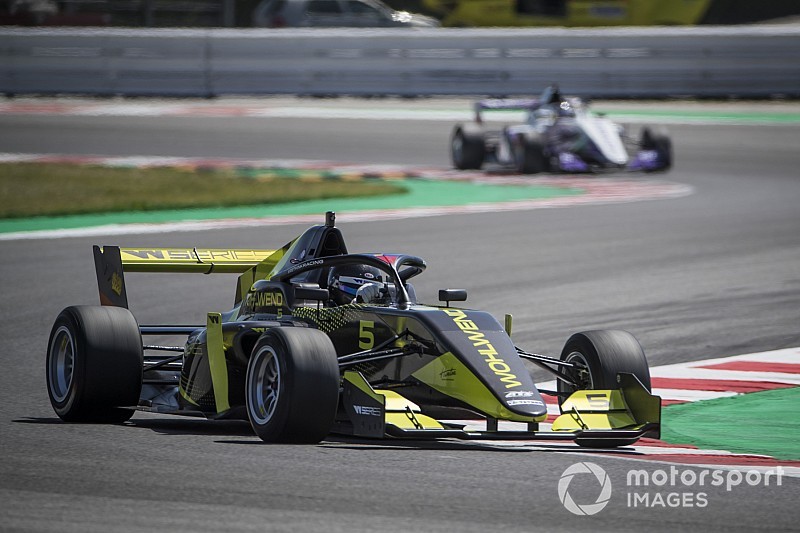 Fabienne Wohlwend claimed her maiden W Series pole for the third round at Misano ahead of championship leader Jamie Chadwick.

Wohlwend, who is among one of the only W Series drivers on the grid to have previous experience of Misano thanks to her previous running in the Ferrari Challenge, set a time of 1m33.283s at the midway point of the 25-minute session.

Chadwick was the first driver to set a flying lap but had slipped down the order, before coming back to set a time of 1m33.327s and continue to challenge Wohlwend for pole.

Ultimately, Chadwick was unable to improve enough and will start the race from second.

Zolder winner Beitske Visser set a time fast enough for third place, recovering from lost running in the second practice session on Friday. Her early time of 1m33.773s had been the early benchmark in the session before she was deposed by Friday pacesetter Miki Koyama and later Wohlwend.

Former GP3 racer Vicky Piria enjoyed an impressive qualifying for her home race and looked set for fourth, but just lost out when Alice Powell improved to 1m33.860s in the final minutes.

Piria will instead start the third race of the season from fifth ahead of Koyama, who also had a brief spell at the top of the timesheets in the opening part of qualifying.