The two ex-Formula 1 drivers will once again team up with silver-rated Roberto Gonzalez at the wheel of an Oreca 07-Gibson for the 2019/20 campaign, having contested the 2018/19 superseason together with the rival DragonSpeed team.

DragonSpeed announced earlier this month it is scaling back its sportscar activities in 2020 as it expands its fledgling IndyCar programme.

“We are delighted to welcome Roberto, Pastor and Anthony to JOTA for our next campaign which looks set to be the most exciting for us yet in the WEC,” JOTA team boss Sam Hignett said.

“Recent races have shown all three to have already moulded a potent and race winning-combination, so we believe that this can be harnessed to really mount a strong force for the new WEC season."

The pair are 26 points behind the class-leading Signatech Alpine crew with 39 on offer at La Sarthe.

Davidson is not in contention for the title as he skipped the opening two races of the campaign in order to prioritise his reserve driver duties for the Toyota LMP1 team.

The Briton, who lost his Toyota race seat for the 2018/19 season to make way for Fernando Alonso, remains on the Japanese marque’s books but his contract expires at the end of 2019.

“I am really looking forward to be heading into a full FIA World Endurance Championship season with JOTA – together with Roberto and Pastor as my teammates,” commented Davidson.

“We have enjoyed success together as car crew and hopefully this new partnership will see us fighting for more race wins and the Championship in LMP2.”

One-time grand prix winner Maldonado, who made his sportscar bow with DragonSpeed last year, added: “It feels super-nice to have our programme already fixed in for the 2019/20 WEC season.

“I think this will be a great combination between us all after our season together at DragonSpeed which is coming to a close next month at Le Mans.

“The JOTA squad are well-known up and down the paddock for being a very professional and successful team so I cannot wait to go racing with them.”

JOTA, which currently operates the two-car Jackie Chan DC Racing programme in the WEC, is expected to run a second Oreca again in 2019/20, potentially with an all-Asian line-up.

Ho-Pin Tung, who lies second in the current LMP2 points alongside Gabriel Aubry and Stephane Richelmi in the squad’s lead entry, is likely to stay on board for the new campaign. 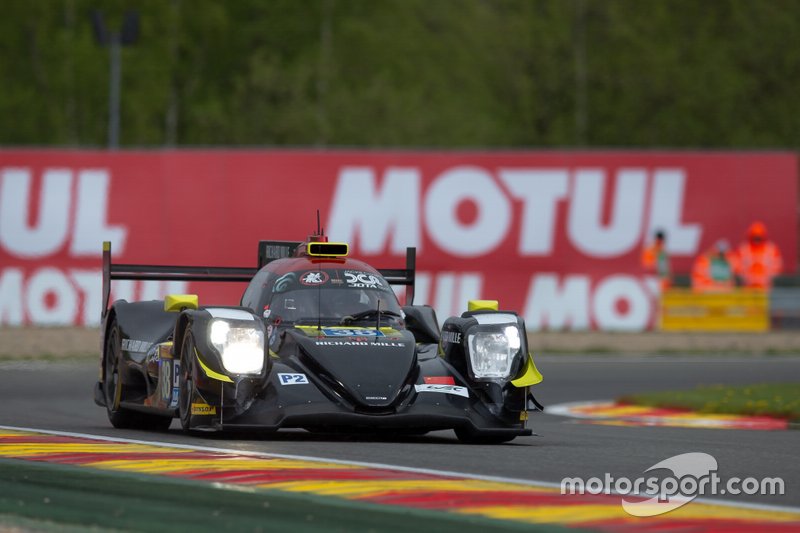