Rebellion Racing LMP1 driver Gustavo Menezes says the Swiss squad is "unhappy" with the Equivalence of Technology changes made for this weekend's Spa FIA World Endurance Championship round.

Series organisers took the decision to lift the fuel-per-lap restrictions on the LMP1 privateer contingent for the penultimate round of the 2018/19 superseason, although petrol per stint and fuel flow figures from the previous round at Sebring remain unchanged.

However, Menezes says the change does not benefit the normally-aspirated cars, including the newly-Gibson-powered ByKolles, while playing into the hands of turbo-powered SMP Racing.

The American driver, who shares the #3 Rebellion R-13 with Thomas Laurent and Nathanael Berthon, also said he couldn't understand why Rebellion and ByKolles had been hit with a 6kg weight penalty.

Menezes told Motorsport.com: "Honestly, speaking for the whole Rebellion team, we’re quite unhappy with the way the EoT is right now for several reasons.

"We don’t get any benefit [from the unlimited fuel]; we were already capped out [on power]. And the weight is a penalty that I feel that is not really needed. We’re not happy about it."

Asked whether the EoT change at least eliminated the need to lift-and-coast, he added: "We didn’t have to do it at the last race. It’s not a fuel-per-lap thing, it’s just the fuel generally.

Rebellion has been developing a new low-downforce kit in testing at Aragon, and the #3 car used in Thursday morning's dry first practice session before swapping back to the high-downforce version when the rain arrived for FP2.

Menezes said a final decision had not been taken on whether to run the theoretically faster high-downforce kit or focus on Le Mans 24 Hours preparation with the low-drag bodywork.

"In first practice we were struggling for pace and we’re still dissecting why that was," said the American. "Going into the rain session it was positive. We were on the high-downforce, there was just a lot of traffic. If we had a clear lap we should have been fighting with the top SMP.

"I’m not worried there, it’s more dry pace we have to work on and as you know at Spa we never know what the actual conditions be so we have to be ready for everything.

"We’ll have to test both [kits] in FP3 and decide what to do. We want to run the low-downforce kit because it’s good preparation for Le Mans, but it’s not the optimum [choice] because in sector two there is so much time [to be gained] with the high-downforce kit."

SMP is running its high-downforce kit for Spa, marking a change of strategy from last year's season-opener at the Belgian track, where it ran in Le Mans configuration. 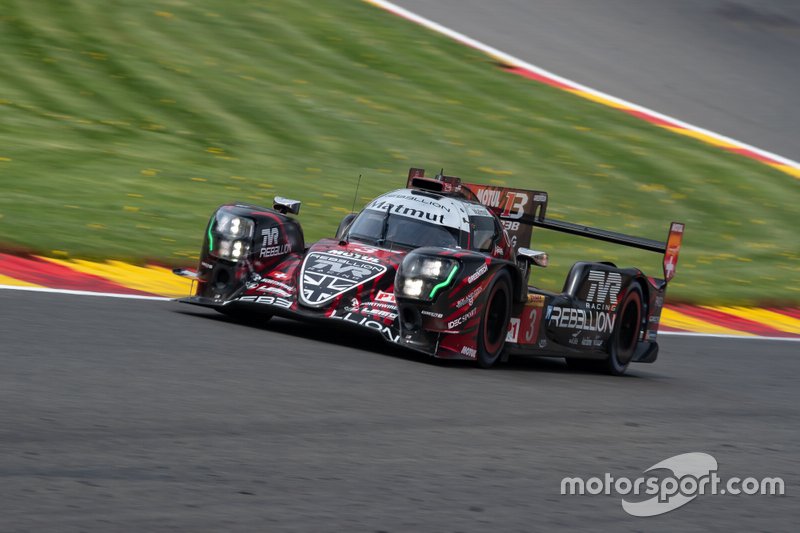