Hyundai team boss Andrea Adamo says he is taking a "big picture" view of whether to keep Craig Breen for the 2020 World Rally Championship season. 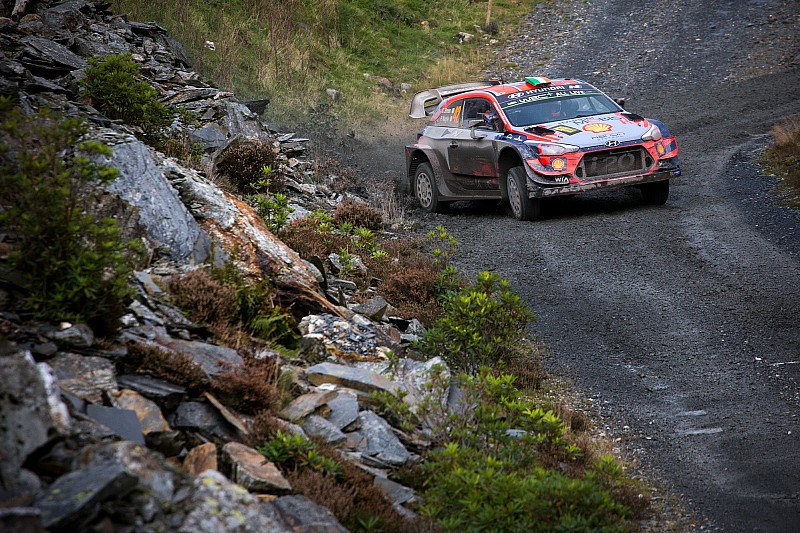 Former Citroen driver Breen was given an initial Hyundai chance in Finland, where he impressed the team with seventh place and earned another outing on Rally GB.

However, a roll there consigned him to a distant eighth-place finish.

While Adamo expressed frustration that Breen had not made the hoped-for contribution to Hyundai's title bid - saying "I came here expecting that he could be in the position to be able to support, but he didn't" - he said the error would not necessarily hamper Breen's 2020 chances.

"Even if I’m Italian, I do not evaluate people on a single stage," said Adamo. "The balance should be more wider and more wise. I don’t say: 'Ah he made a mistake, I don’t want to see him again'.

"I’m not that emotional, even if I do exaggerate sometimes just for the sake of the show.

"I’m not nervous [for Breen]. I know he did well in Finland and [in GB] he did not. I will look at the big picture.”

Hyundai announced earlier this week that it would retain Dani Sordo for next year, when he is expected to again contest half the season in a car share with Sebastien Loeb.

Lead driver Thierry Neuville is also staying with Hyundai, which means the question marks are over Andreas Mikkelsen and Breen's roles.

While Mikkelsen has demonstrated more consistency through the season’s second half, he has not been able to match Neuville’s speed.