Thierry Neuville is relieved to escape a chaotic rain hit end to Saturday’s stages with his Safari Rally lead intact after throwing caution to the wind in treacherous conditions.

The Hyundai Motorsport driver produced an impressive display as rain lashed the final stage of the day in Kenya, causing havoc for the leading contenders.

Neuville had a 35s lead heading into the 31.04km stage but determined to maintain his lead, he pushed on, delivering a risky drive while rivals slowed and hit trouble.

The Belgian cut a frustrated figure at the stage end thinking he had lost his lead having faced the worst of the conditions. However, he was surprised to learn he had in fact increased his advantage over Toyota’s Takamoto Katsuta to 57.4s as the Japanese driver tackled the slippery roads.

Having led the rally, held on Kenya’s brutal gravel roads, since Stage 2 on Friday, the 33-year-old is determined to deliver a victory tomorrow, his first since the Monte Carlo Rally in January 2020. 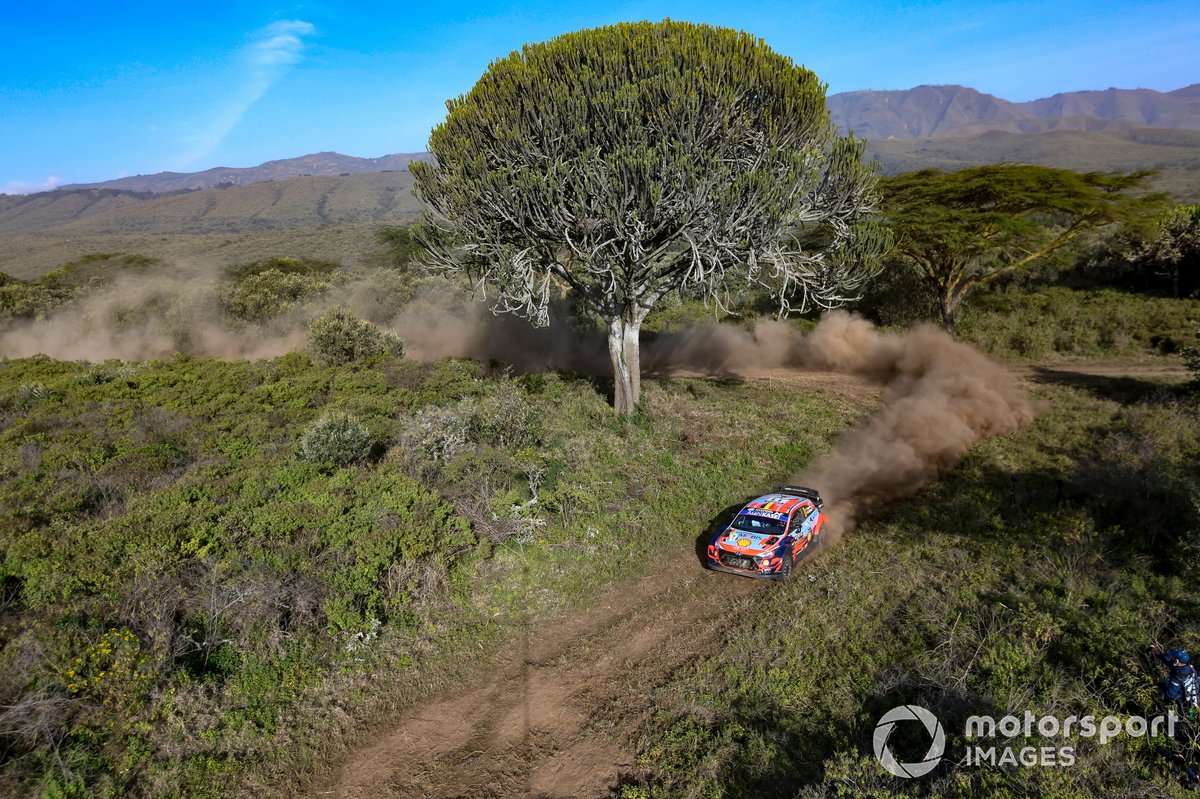 “I am relieved to be in the lead of Safari Rally Kenya after the final stage we faced today; it doesn’t matter by how much, keeping the position was the most important thing today,” said Neuville.

“We have pushed hard over the past two days to be in front, so I fought hard and refused to lose the position.

“I knew that other drivers had rain in the stage, but I was already in wet conditions after only 3km.

"I realised that I was losing time already there, and that it could only get worse. I was determined to keep driving as fast as I could, even in the four or five sections where there was a heavy downpour.

“Keeping the car on the road wasn’t easy but we managed it - and we can now focus on the final day.

“It’s going to be another rough one, but I enjoyed those stages in the recce, so I hope we can have a trouble-free run and secure the win.”

While Neuville managed to avoid a slip up in the sudden rain storm, teammate Ott Tanak was less fortunate.

Holding third and closing in on second-placed Katsuta, Tanak’s charge was thwarted when his heated windscreen failed, forcing him to pull over and manually clear his misted up screen.

“It started to rain quite soon after we started the stage, and unfortunately my side of the windscreen heater was not working,” said Tanak.

“I had to ask Martin where the road goes but we couldn’t do that for 30kms in slippery conditions. We had to stop, clean and try to figure things out.

“The stage took a long time, and it was complicated. Tomorrow is demanding, and from the team’s perspective it’s important to finish, so we keep focused on the job in hand.”