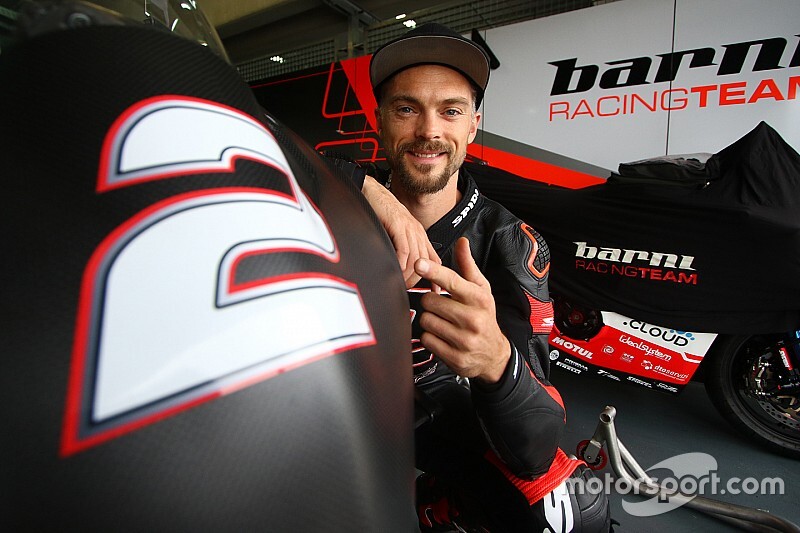 World Superbike rider Leon Camier has had his left shoulder operated on for the second time in six months, his Barni Racing Team has confirmed.

The British rider ended up missing six rounds of the 2019 WSBK campaign after he damaged his left shoulder in a crash during qualifying for May's Imola round, and was forced to undergo surgery on the injury in July.

After joining the Barni Ducati squad from Honda, Camier hurt himself again when he fell during the first post-season test at Aragon, and had to sit out the subsequent Jerez test. Ducati test rider Michele Pirro was drafted in to replace him.

A team statement said that although it had been hoped Camier would be able to recover without surgery, a decision was taken to use the winter break to repair the tendons he had damaged in the Aragon crash and stabilise his shoulder.

The operation was performed by Dr. Fernando Santana in Barcelona on Christmas Eve (Tuesday), and Camier has left hospital to begin his rehabilitation in time for the opening round of the 2020 season at Phillip Island on February 29.

It remains to be seen if Camier will be able to take part in the next pre-season test, which begins at Jerez on January 21.