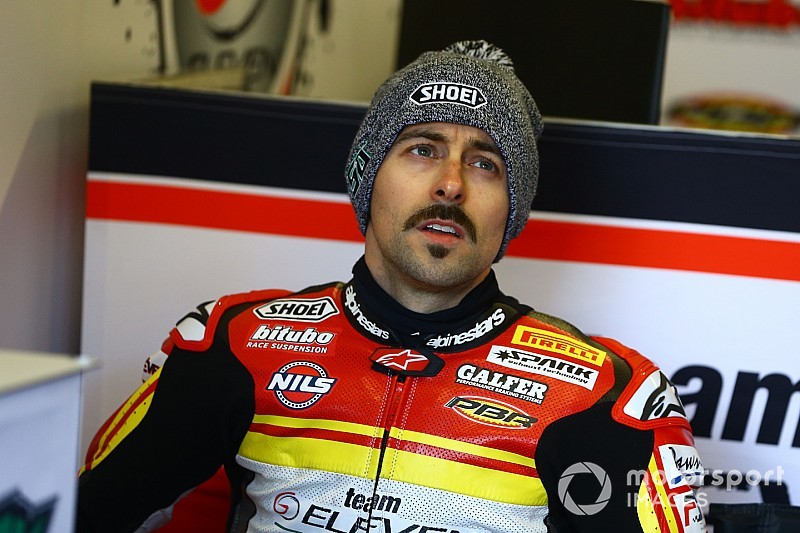 Eugene Laverty has been taken to hospital after a heavy crash in the opening practice session for this weekend's Imola World Superbike round.

The Go Eleven Ducati rider suffered a high-side coming out of the Acqua Minerale right-hander with 31 minutes remaining of the session, bringing out the red flags.

Laverty was transported to the medical centre by ambulance, and it was established he had suffered fractures in both wrists. He was then taken to hospital in the town of Imola for further checks.

It means Laverty will almost certainly take no further part in this weekend's Imola round.

The Irish rider arrived at the Italian track 14th in the points on his customer Ducati V4 R, his best results of the year so far having been two sixth-place finishes at Aragon.

He had already missed one race this year, the superpole race in Buriram, after his Go Eleven team could not repair his bike in time after a heavy crash in the previous day's opening race.

Jonathan Rea topped the opening practice session of the Imola weekend by 0.288 seconds from Chaz Davies, while points leader Alvaro Bautista was third-fastest.

UPDATE: Laverty will travel to Barcelona on Friday evening to be examined by MotoGP surgeon Dr. Xavier Mir, and will therefore not compete at Imola this weekend. 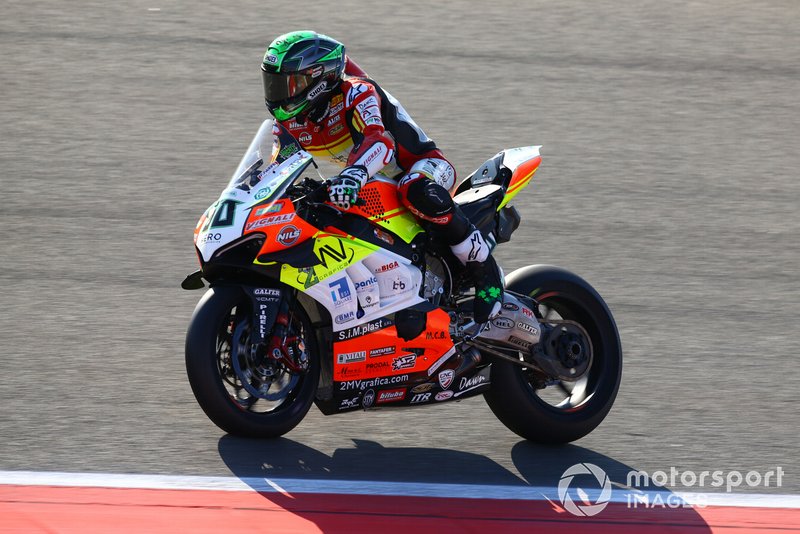 Melandri wants "something big" to change on Yamaha