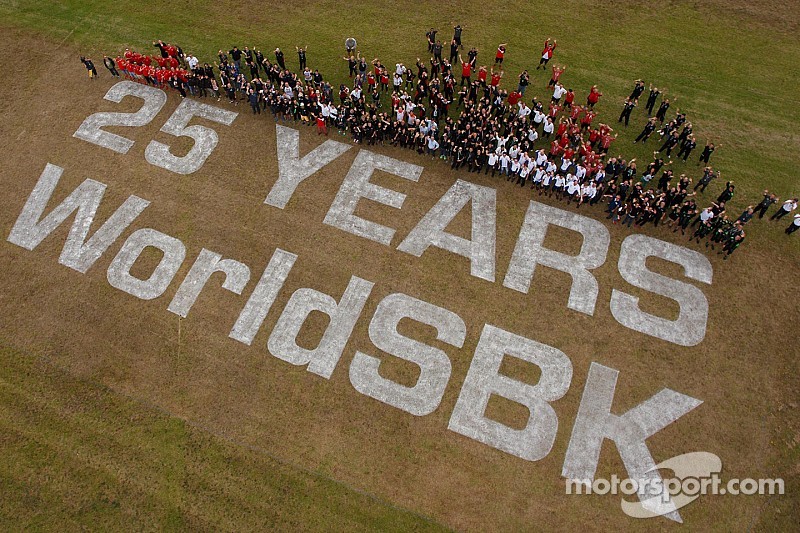 The latter part of the morning saw a unique “25 years of WorldSBK at Phillip Island” photo opportunity at the Southern Loop (turn 2) during which a helicopter swooped low over the assembled riders and team personnel providing some spectacular images.

Sylvain Guintoli, Alex Lowes, Jonathan Rea, Tom Sykes, Leon Haslam, Niccolò Canepa and Leon Camier were then joined by Australian wildcards Jed Metcher, and Aiden Wagner for a visit to Cowes Primary School. The delighted local children surprised the riders with interesting questions about motorcycle safety and providing them with Vegemite filled sandwiches, before posing for photos and showing them their very own small off-road bikes that were brought into the school for the occasion.

The long awaited on track action will begin tomorrow with the Free Practice sessions for both World Superbike and World Supersport categories.

Lowes clings to top spot on Day 1 in Phillip Island