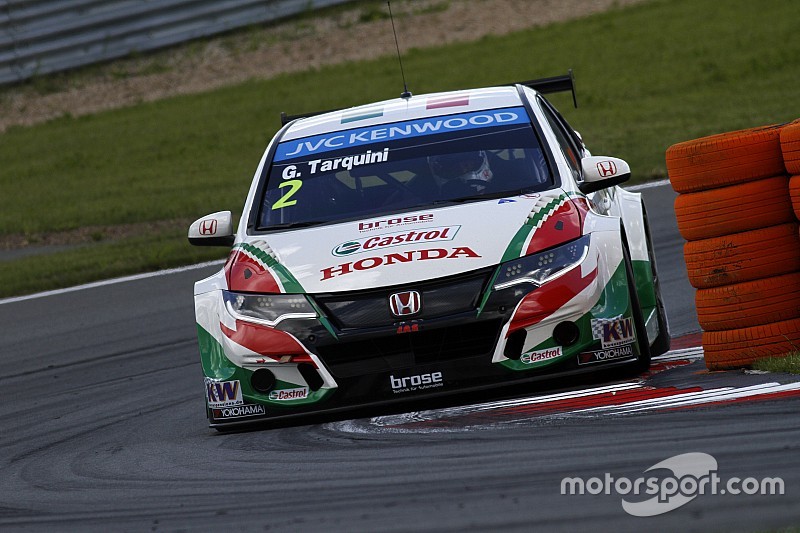 Gabriele Tarquini has played down his victory prospects in the first WTCC race at Moscow Raceway, as overtaking is very difficult at the Russian circuit.

The Honda driver has brought the fight to Citroen this weekend after qualifiying third, just two tenths adrift of poleman Yvan Muller's best time, and was quickest in Friday testing and Saturday's first free practice session.

But Tarquini believes that qualifying was the key to victory, and that it is more likely his teammate Tiago Monteiro will take victory on Sunday from the reversed grid race than he will in race one.

“This weekend I focussed on qualifying because I knew from last year’s experience overtaking is always difficult,” said the 2009 champion. “Especially in our car, because we are normally not faster than the others on the straight.

"I’m happy because since the first lap the car was good, and in the end I made a good lap but it was not enough to beat Citroen.

Looking ahead to what he can do from third on the grid behind Citroen duo Muller and Jose Maria Lopez, Tarquini responded: “I think the overall prospect for Tiago is better than me because he is in pole position for race two.

"Normally our standing start is not bad and I think he can stay in first position until the chequered flag.”